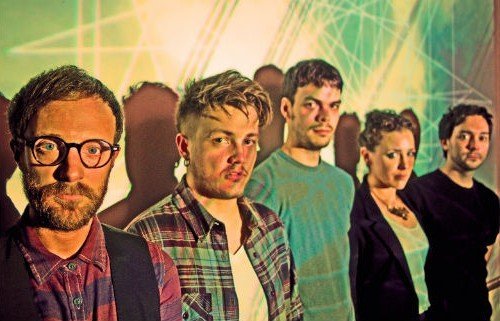 The Birthday Suit by Rod Jones from Idlewild, are back and they mean business.

Rod talks to us about ‘A Bigger World’, their new upbeat and epic track (with Scott from Frightened Rabbit vocals + guitars), ‘spiky’ Idlewild riffs , Bruce Springsteen and becoming a manager, accountant, online wizard…

What have you been up to since the second album?

We’ve been really busy actually. From building studio to doing a covers record and writing a new album. The covers one was really a way to get the whole band working together and trying to find a collaborative sound so that when we started this record we felt much more like a band and less like a solo project.

How will ‘A Hollow Hole Of Riches’ be different from the previous two albums?

Like I said before, its much more collaborative and I feel like now as a band we are a reflection of all the personalities involved which gives the sound more depth.

I feel like this album will surprise a lot of people in the way we have presented the songs. It feels much more accomplished musically and lyrically and although we still use a steady diet of hooks and catchy melodies we have put them across in a different way this time.

‘A Bigger World’ sounds like your best single yet – is this a move away from what people have described as the ‘spiky’ Idlewild riffs of the past?

I’d say actually to me its the most “idlewildy” one on the record and I was actually worried it was too much so but this is something I never really consider when writing.

There are always going to be similarities as I’m in both groups but to me they are very different. 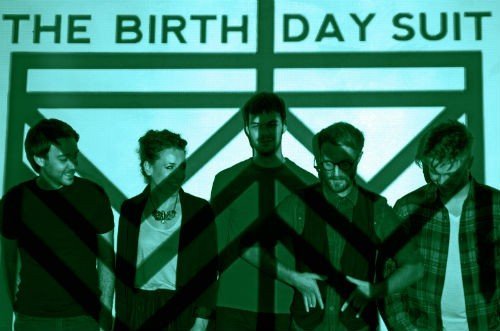 Everyone keeps mentioning Idlewild and their possible return – do you get sick and tired of hearing it?

Not at all, except when it means people saying unpleasant things about what we are all doing now. If and when we return it will be on our own terms and when it feels right.

At the end of the day its really heartwarming to think people still care that much about us. Its nice to feel wanted.

You’re about to go on tour again, what can people expect from The Birthday Suit live?

One thing I like about this band is that we still have an air of uncertainty about us and that a gig can go any number of ways.

I think thats what makes live music great.The way it can greatly differ from an album but be equally as important or valid.

We will be playing songs from all three records and maybe a cover from our cover album.

What’s been the hardest thing about going solo?

More work! haha. I suppose not having the idlewild team to help organise and run things can mean you have to become a manager, accountant, online wizard etc as well as making music but I think that is just a sign of the times.

Obviously you have to work hard to build a fan base again and that can be tough at times but nobody has an entitlement to that whatever you’ve done before and its part of the challenge.

Do you plan to keep releasing records with The Birthday Suit or do you have other projects lined-up?

Definitely. The Birthday Suit is an important and big part of my life and career now and working with these guys is one of my favourite things to do and I hope it will continue for a long time alongside anything else I may do in the future…

Scott from Frightened Rabbit features on the latest single but what other Scottish bands would you recommend?

There are so many! From older more established bands I love like Teenage Fanclub, Belle and Sebastian to Sparrow and the workshop and Twilight Sad. Have just produced a record with a new band called Last of the Privateers who I think are great.

On the lead up to the album, what are your plans?

This mini tour over the next week and maybe a christmas show or two and then rehearsing plenty so we can play as much of the new record live as possible next year.

I don’t have many regrets really. Things happen outwith your control in music a lot but they make us who we are. I don’t feel we ever did anything I wished I hadn’t as a band.

Yeah I look back at records and think I would have done things differently but albums are like a reflection of yourself at a certain time in life and so they are the best record we could have made at that time.

Finally, if you had the chance to collaborate with anyone dead or alive, who would it be and why?

I’d have to say Bruce Springsteen, there are so many people I’d love to work with for many reasons but just being part of the E-street band for a day would be so much fun I think.