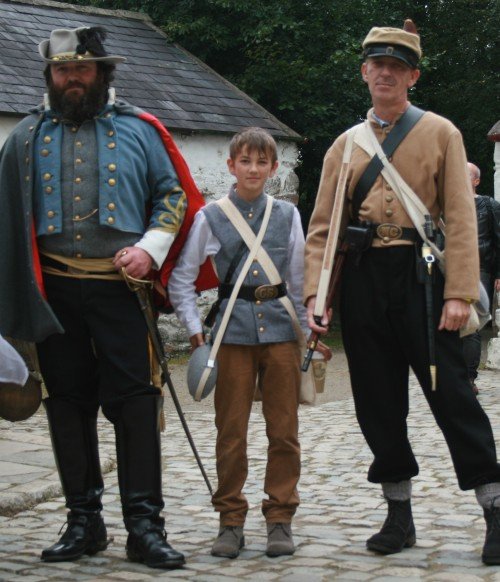 James Herron (left) as Jeb Stuart with father and son Gary and Jay Devine from the Irish & American Historic Society, based in Omagh, who dressed as members of the 22nd North Carolina Infantry.

FANS of a wide range of Americana music descended on the Ulster American Folk Park in Omagh this weekend for the biggest bluegrass festival in Europe.

Local Irish and Northern Irish bands were joined by groups travelling from Belgium and the US to play the award winning Omagh Bluegrass Festival. 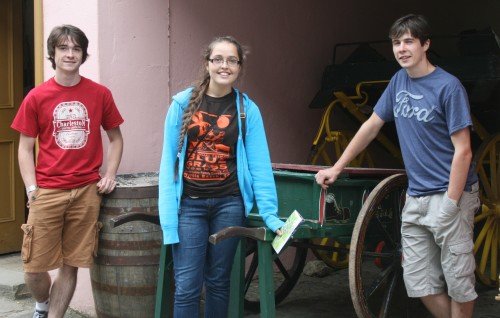 Benjamin (18), Tabitha (13) & Reuben (16) Agnew from bluegrass band Cup O’Joe, the youngest band to play the festival. The band are from Mowhan in Co Armagh.

The event, which runs until this evening, is estimated to attract over 10,000 visitors throughout the weekend.

Taking place over seven stages amongst the historic exhibit buildings and outdoor museum the stages and a special marquee were dotted around the folk park.

Headlining was the Nashville, Tennessee band Lonesome River Band who celebrated their 30th award at the International Bluegrass Music Association (IBMA) for their song Angeline The Baker this year. 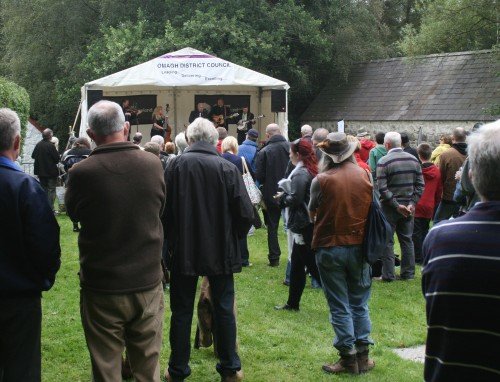 Also taking to the stage as a main act of the weekend were Cedar Hill (Arkansas), duo Lynda Dawson and Pattie Hopkins (North Carolina) and gospel bluegrass band The Churchmen (Virginia). 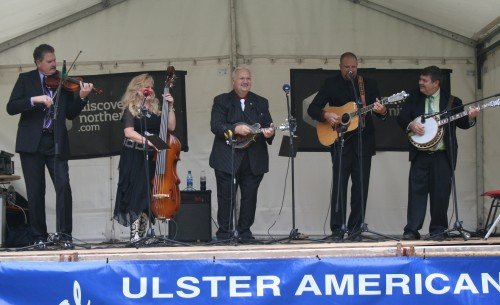 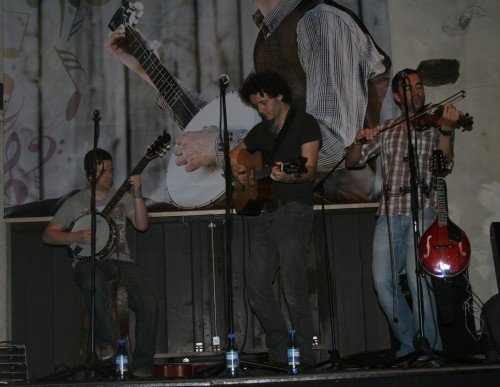 To compliment the historic backdrop were members of the Irish & American Historic Society, based in Omagh, who dressed as members of the 22nd North Carolina Infantry.

James Herron, who appeared as U.S. Army officer and Confederate States Army general Jeb Stuart said: “This Bluegrass Festival is a fantastic event for Omagh, it helps to maintain the links between Ireland north and south and America. We’ve had a great weekend.”

Fans young and old made their way from stage to stage throughout the weekend to hear a wealth of Americana, bluegrass, folk, newgrass and roots music. 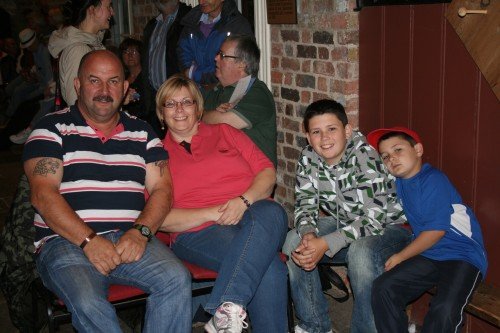 Sisters Patricia and Claire Hayes from The Rock, Cookstown celebrated Patricia’s 26th birthday at the festival. 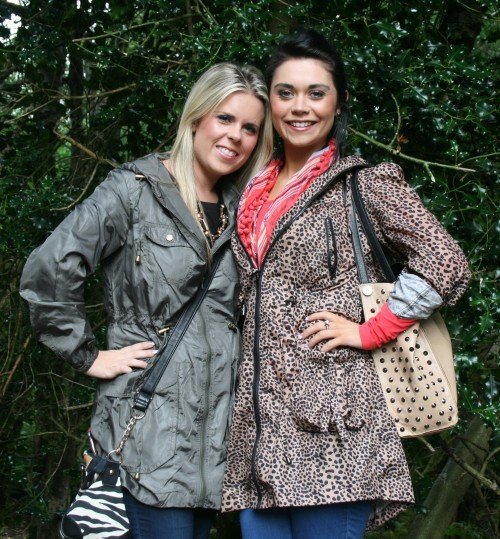 Patricia said: “We have had an absolutely brilliant weekend, the music has been fab, what a great way to spend your birthday.”

Richard Hurst, organiser of the Festival, said; “We have an exceptional line-up for this year’s event and visitors not only enjoyed these outstanding bands but also soaking up the unique bluegrass atmosphere in the Folk Park.”

Today the Spirit of Bluegrass Gospel Concert sees Cedar Hill and The Churchmen take to the marquee stage at 6pm. Meanwhile a whole host of acts who have played throughout the weekend will play one of the seven other stages from 12.30pm to 6.15pm.
Tickets are still available at the folk park on arrival.

For more information on the Omagh Bluegrass Festival, supported by the Northern Ireland Tourist Board, log onto nmni.com/bluegrass. Tickets can be booked online or via the ticket hotline on 028 8224 3292