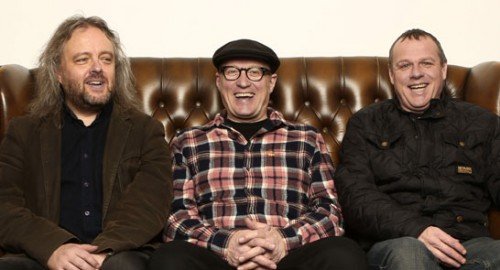 Adrian Edmondson is a comedy legend and a man who has proved he has many other talents beyond that. Rcent years have seen him tackle straight acting roles (to great success) and even present his own TV shows.

However until a few years ago many of did not realise he was also hiding a high level of musical ability as well.

Edmondson fronts the rather unique folk band The Bad Shepherds and they first popped up on our radar with the release of their second album ‘By Hook Or By Crook’. An album that really impressed us here, we were also fortunate enough to see the band live as well.

Which further cemented them in our minds as a band to watch out for.

This third album ‘Mud, Blood & Beer’ takes the previous releases mix of classic punk and alternative songs a step further by throwing in a few original tracks as well. 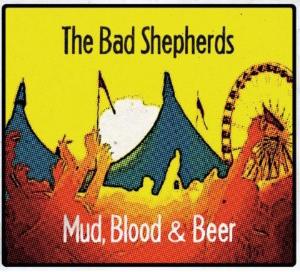 The band tackle each song with admirable enthusiasm and throw everything they can at them. These are well-chosen songs and adding The Bad Shepherds own distinctive folk style spin on them works perfectly.

So what can you expect here? Well let’s put it this way nowhere else will you find an album that offers up such a diverse and inspired selection of songs.

There are wonderful takes on Our House (Madness), Going Underground (The Jam) and No More Heroes (The Stranglers) and even a very fun version of Road to Nowhere (Talking Heads).

The title track (and album name) is a homage to the all of the festivals the band have performed at and was penned by Adrian.

It is a lively jig and one that perfectly showcases the abilities of not only himself, but his fellow band members Andy Dinan and Troy Donockley.

Mud, Blood & Beer is a great release and will go down well with fans of The Bad Sepherds. The more casual music fan may struggle somewhat with this folk-inspired spin on classic songs. But given a few listens they really do have something special about them.

The band are set to embark on an extensive tour this winter to promote the album also. Check them out in a venue near you.

The album is available now from Edmondson’ own Monsoon label.