Great news! The amazing Avett Brothers are set to play the Shepherds Bush Empire in London on the 22nd June. 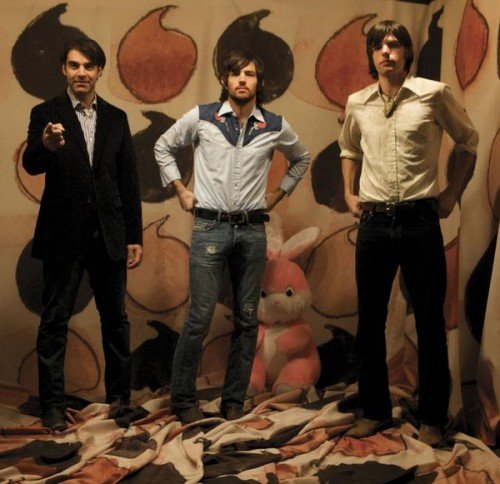 There is no harmony like brotherly harmony. Something indelible in the weave of voices and play of sensibilities is stamped into the fraternal DNA and also stems from a lifetime of shared experiences.

You can hear it in classic brother acts across the musical spectrum, from the Louvin Brothers to the Everly Brothers and on down the decades through the Wilson brothers (Beach Boys), the Davies brothers (Kinks), the Allman Brothers and even the Brothers Gibb (a.k.a., the Bee Gees). You can clearly hear fraternal magic at work in the songs of Scott and Seth Avett, better known as the Avett Brothers, as well.

The Avett Brothers have spent much of the past decade nurturing their skill as songwriters, along with their proficiency as vocalists and musicians. Although Seth and Scott are principally identified with acoustic guitar and banjo, respectively, from their live shows, both brothers also play piano, drums and most anything else with strings. (The brothers possess formidable artistic skills, too, and their sketches and paintings adorn their albums.)

Clearly, however, songs are the center of the Avett Brothers’ universe. The brothers turn out songs in profusion. They write them individually, and they write them together. Each might write an entire song, or credit might be split down the middle or any conceivably fractional way. There is no set method to their songwriting. The point is, Seth and Scott generate songs constantly, because that’s what they feel that they were born to do.

“There’s not an option,” explains Seth. “It feels like a living thing, and if we want to keep it alive, we have to nourish it. There are so many things we have to consider now – the stage show, business issues, our relationship to different people and our fans – but at the heart of it is the songwriting and the connection we have with ourselves and others through that writing. It’s an essential and imperative element to our existence“On top of all that, it’s just exciting,” Seth continues. “Scott and I and Bob get these new songs going, and that is our lifeblood. It’s obvious we’ve got to keep rolling with it. Whether the records come out or don’t come out, and whether there’s a market or not a market, the important thing is that we’re writing songs. They’re not just for a release date; they’re for posterity.”

“We know what we’re worth, and we’ve been campaigning for a long time to be heard,” notes Scott without false modesty. “Rick is helping that by sitting up and saying, ‘Let me work with you.’ We can tip our hats and pat ourselves on the back momentarily and say, ‘Good job guys, we have been heard by somebody who’s been heard by a lot of people, and he’s let us in his camp.’ I really look at it as a positive thing and a good milestone. And when it comes time for the next step, we’ll do our best again and keep moving.”