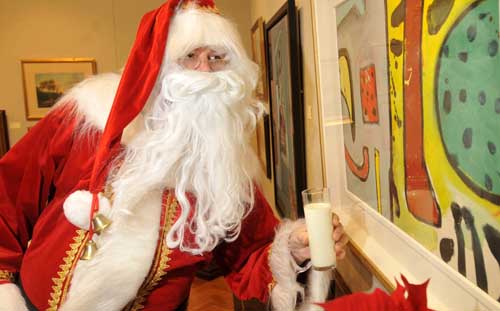 CHRISTMAS shoppers are being encouraged to think about investing in art due to the global economic downturn.Usually reliable investment alternatives such as property, stocks and shares have been hit hard with few worth more than was originally paid for them. The collapse of Lehman Brothers in the US recently gave another great example of how buying art makes sound financial sense. 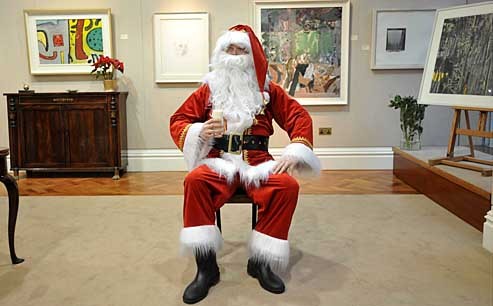 Luckily for Richard Fuld, CEO of Lehmans, his wife had been busily collecting art, picking up important pieces over the years at sensible prices. The sale of quite a few from her collection, happening later this year, is conservatively estimated to earn her as much as $20 million dollars.
James Wray & Co Gallery in Belfast recently hosted a preview night of their Christmas Show, running until January 17, 2009.
Alan Wray, joint owner of James Wray & Co Gallery on James Street South, said: â€œArt has always been one of the best choices when it comes to investing money wisely. Itâ€™s true that all markets go up and down but art, in my opinion, does not fluctuate the way we have seen property and stocks but experiences a steadier growth.
“Irish artists have always been collectable and from the 11 December to the 17 January we are offering clued in shoppers the chance to not only own something beautiful but make a smart investment.
â€œIf you were to take the three most expensive things youâ€™ve purchased over the years; state of the art kitchen, cool but costly car or flashy family home and compare how much it cost you then to the cost of it now â€“ none would have risen in value.
â€œArt, however, whether it be a painting, sculpture, ceramic, textiles whatever your taste – would almost certainly have risen.â€
Examples of artists from Northern Ireland who could earn you some serious return are Norman Smyth, who 10 years ago could be snapped up for Â£200 and is now worth the upwards of Â£3,500. A piece by William Connor purchased 40 years ago was only worth a mere Â£8 and is now worth a staggering Â£20,000.
In 2009 James Wray & Co plan to make buying art even easier by introducing finance for people who donâ€™t have the funds to buy the object of their desire on the spot.
Visit the James Wray & Co Gallery on James Street South in Belfast for some friendly and free advice.