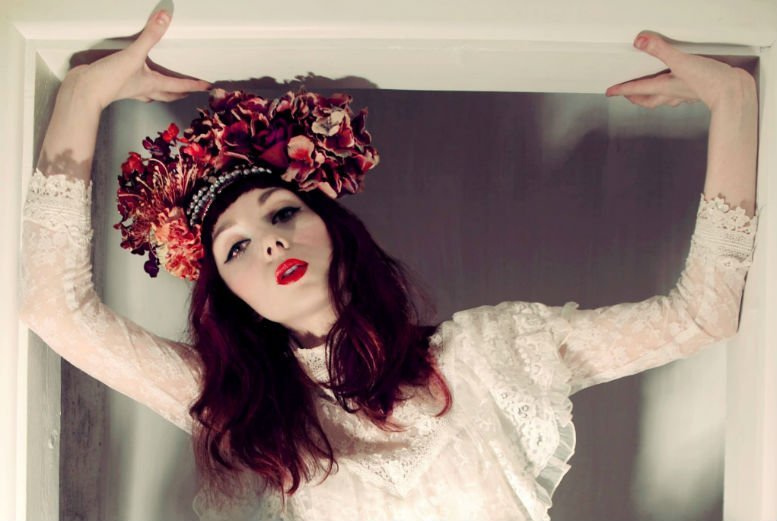 ‘Confessions of A Romance Novelist’, is the debut album by The Anchoress, the new stimulating project of Welsh multi-instrumentalist/producer Catherine Anne Davies.

‘Popular’ is the first taste of her sublime “Revenge-pop”, available now with pre-orders of the album (co-produced with Mansun’s Paul Draper) due for release on January 8th 2016 via Kscope.

Interestingly enough, the recording of the album was interrupted by a series of events that threatened to derail the project completely, including Catherine injuring her hand so badly during a 48-hour recording session that she was told she might not play again and had to wear a metal cast for 6 months.

She explains: “This has been made on a wing and a prayer, lots of favours, one car crash, one death, one broken hand, and a lot of patience on so many parts. Stir in 3 jobs, 4 studios, 2 arrests, 3 pianos, 40 songs and 1 very patient engineer… and you get some way to understanding what a long road it has been.”

The Anchoress is currently on tour with Simple Minds…