TwoStep brings together the brightest new talent from the Northern Irish music scene – every third Thursday of the month in the Limelight. In keeping with tradition, TwoStep is bringing one of the most exciting and promising bands of the year to headline their annual Christmas bash.

This will be the first Northern Irish gig that the band will have played since winning the Kerrang! award for â€˜Best British Newcomerâ€™ in august this year.

In Case of Fire catapulted themselves on to the UK music scene a few years ago, rapidly grabbing the attention of established press and music fans all over and securing support slots for bands like Fightstar and Bullet for my Valentine. The trio won the MTV2 ‘Spanking New’ competition, coming out on top of acts such as Adele, Foals, Black Kids and Lykke Li to be the “viewer’s choice of bands to watch out for in 2008”. 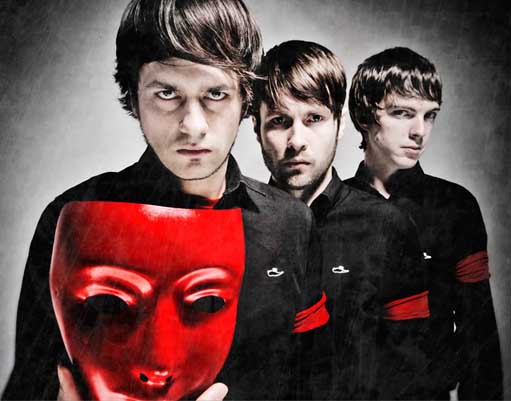 Soon after this they were given a coveted slot on the 2009 Kerrang! Tour supporting Mindless Self Indulgence after receiving high praise from editor Paul Brannigan. Their musical style has been described as, â€˜alternative rock with “progressive” and “hardcore” influencesâ€™ and they have been compared to the likes of Muse, Queens of the Stone Age and Mars Volta. This band has set themselves apart from their peers by gaining a reputation for delivering hard hitting live performances and producing an album that left critics raving:

â€˜There are a load of great new British bands around right now, but the best new band Iâ€™ve heard in ages are In Case Of Fire, theyâ€™re from Northern Ireland and theyâ€™ve recorded an amazing albumâ€™ Paul Brannigan, Kerrang!
www.myspace.com/incaseoffire
TWOSTEP PRESENTS
IN CASE OF FIRE
PLUS SPECIAL GUESTS TBA
The Limelight
Thursday 17th December 2009
Doors 9pm – Â£5 door tax
Tickets can be purchased from all Ticketmaster outlets, Katy Dalyâ€™s bar and at www.cdcleisure.com