A DECADE AFTER SPIDER-MAN—THE GAME-CHANGING BLOCK- BUSTER THAT BROKE ALL THE RECORDS—ANDREW GARFIELD STARS IN THIS SUMMER’S REBOOT, THE AMAZING SPIDER-MAN. WHO BETTER TO GIVE HIM ADVICE THAN TOBEY MAGUIRE, THE ORIGINAL SPIDEY?

IN A EXCLUSIVE INTERVIEW FOR VMAN MAGAZINE, THE TWO IMPASSIONED ACTORS DISCUSS THE NATURE OF SUCCESS, STORYTELLING, AND CELEBRITY… 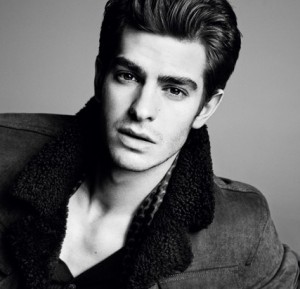 TM I’d been making movies for a while so I had experienced some attention. But then, all of a sudden, the Sunday after it was released, I remember I went to lunch with my little brothers and there were all these people outside and photographers—it was a lot more attention than what I was used to.

But for you, you seem to be more prepared for it than I was. Hopefully it won’t be as violent for you from one day to the next.

AG I’ve had a very small experience with it, and it’s very difficult. is there any way of containing it? Or humanizing it? There’s sometimes that separation that happens: there’s a wall that goes up between people in the public eye—actors, musicians, politicians— and the public.

What i’d love is for spider-Man fans to be…I like the idea of everyone being one, because you were the guy in the suit and now i’m the guy in suit and there’ll be another guy in the suit later on down the line. this whole celebrity myth is very new and interesting to me, whether one can just be an actor and also be in one of these roles. 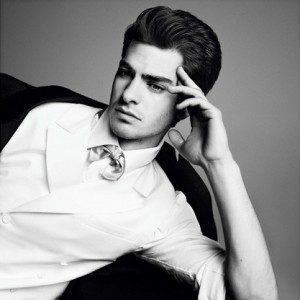 TM This celebrity thing, it’s a part of our culture. It’s just what happens.

How I’ve adjusted over the years is that essentially I try to embrace the reality of my life, to be as open and as friendly as feels natural and try not to hide because the attention can be uncomfortable at times. But I also respect my own need for privacy.

The truth is, it’s a very strange experience becoming really well-known. Like you said, we’re humans craving a human experience. But we’re also actors, and I’m sure we share that we want the projects we’ve worked on to do well.

And we appreciate when people like them, we approach it with respect, but ultimately it all comes down to the work.

AG Rright. I just feel such a great responsibility to the story and to the fans, because I know in my heart how much this character means to people, because it means that much to me. For the sake of all the people who care about it as much as I do—I want to bring the character to life and make sure they’re as satisfied as they can possibly be.

TM That’s very cool. A lot of what you’ve been talking about, the connectivity between you and the story and the fans, it seems like you have a great respect for the character. 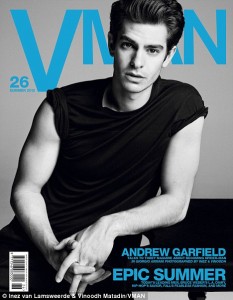 AG Very much so. Peter Parker is such a positive character—he’s pure wish fulfillment, an underdog. I grew so much from him when I was a kid, from the comics all the way up to the first movie you were in. I was 19 when I saw [Spider-Man].

I got a pirated dvd at portobello Market with my friend Terry Mcguiness, and we went back to my skanky apartment in North London and we watched it twice in a row and then practiced your final line in the mirror!