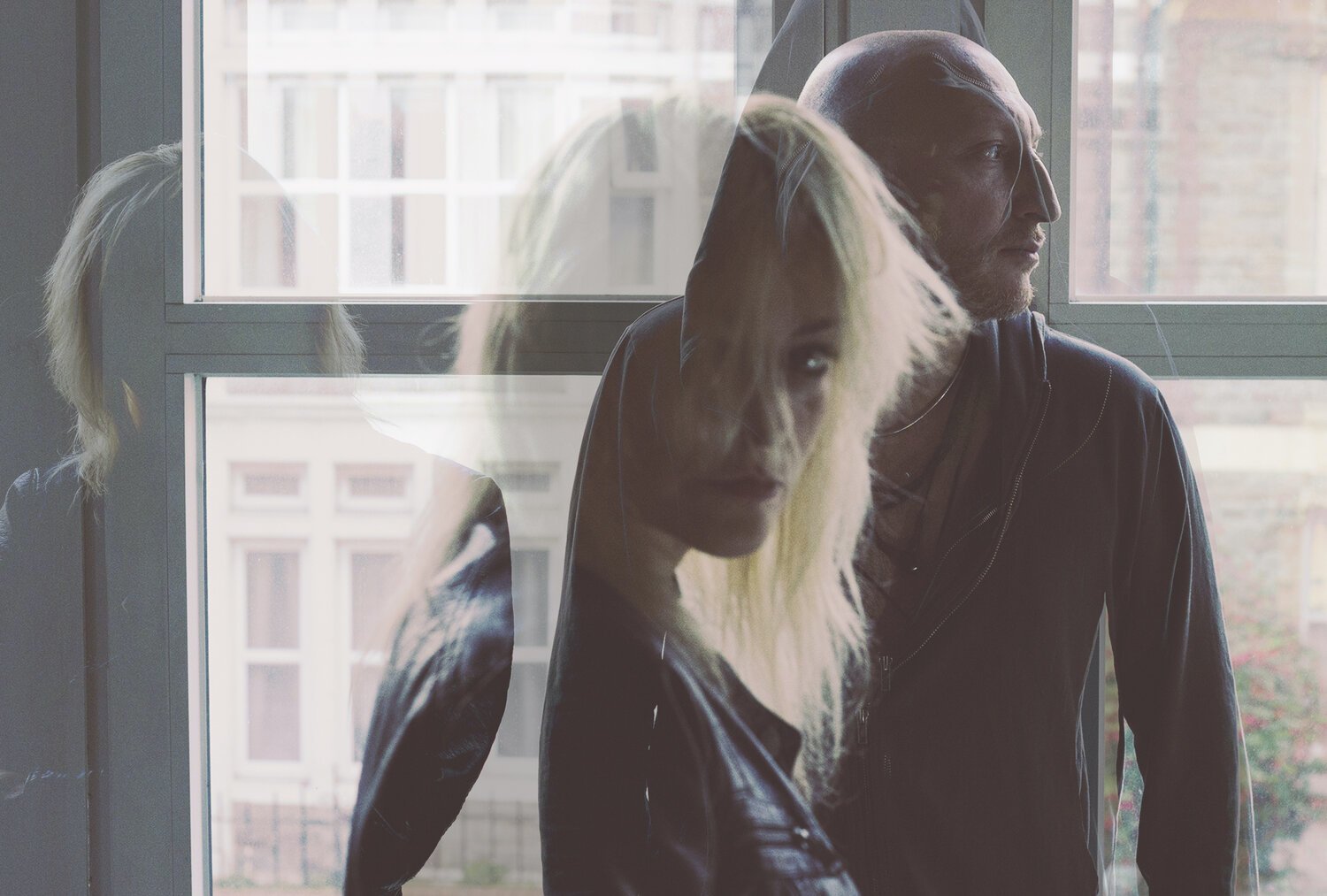 Bristol-based duo, The Actions, give us a taste of their forthcoming album, Flourish, out on 15th February 2021 via Niteo Records, with the darkly enticing album’s opening track Leap.

The intriguing duo, Marta Argenio aka Silty (vocals, bass) and Mo Stellato (guitar, electronics) shared some thoughts on their new release, creative process, music industry and the hope to come back to normality as soon as possible…

Hi The Actions how are you?

Not bad, thanks for having us.

Its a pleasure….You’ve released new single ‘Leap’, can you tell us about the themes contained within the song?

Leap is about rebirth, it encapsulates a moment in time; the moment you overcome your fears, take a deep breath and embrace the unknown of a new you, leaving your old self behind. Song’s lyrics describe this process in the form of a metaphoric leap. It’s about change.

How does the creative process work when writing new material?

It’s always different, song by song, we don’t have a standard procedure, it would be boring otherwise.

We basically jam, it can start from a bass lick, a guitar chord, a line in a poem, a drum beat or, most of the times, a vocal melody from Marta. After we gather fresh ideas, the real production can start.

We would have done a single launch at The Louisiana in Bristol in June and played the Harbourside Festival, plus Mamapalooza Fest in London and other gigs in the summer…

Well, apart from live shows, that is what we miss the most, we think creativity in itself is the thing the ongoing tragedy impacted the less. Creatives spend most of their lives in isolation. Being on their own they find a way to connect with their inner self and make beautiful things happen…problem now is that isolation has been abnormally extended and we’re all becoming a bit agoraphobic.

As a Bristol based band, does the city influence the kind of music you produce?

You bet. There is something in Bristol that goes way beyond the music it produces, a sort of a common vision nurturing the diversity. It’s very difficult to find a band that sounds like another, there is no interest in cloning the most successful act in order to have a chance. Every Artist, not only musicians, research and experiment a lot and you have the feel things are still done properly despite the world is pretty rotten elsewhere. We found the perfect environment in Bristol.

We saw music industry, as it once was, burning slowly in an incessant disintegration trying this and that to stay alive. Nowadays industry, instead, looks more like the Wild West with no rules or rulers, pretty much, but we kinda like it and feel more comfortable in it. With modern technologies Artists have countless opportunities and you don’t need a major label deal to grow your audience. It’s a bit like everyone can have his chance. No money and glitter anymore, but perhaps a bit more down-to-earth relationship with fans and followers. Something has to be fixed with streaming revenue though.

Our songs sound like an electronic Bass-centric mixture of Dark, Ambient, and Alt Rock, we can imagine it fitting more in a sci-fi movie soundtrack than topping the Billboard charts…but, you never know…

Three are too few….we think we’d bring guitars instead

To be honest we were thinking about that lately, of course we hope to come back to normality as soon as possible, but if the thing goes on like this for a while, we’ll surely organise some live streaming to present our new songs…

Our album Flourish drops on 15th February 2021, we’re gonna release a few singles before then and after…can we dare dreaming about being back on stage this summer?