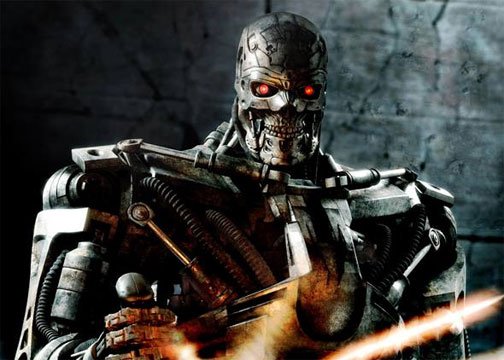 Â THE latest instalment of the Terminator series is set in the year 2018 â€“ before John Connor sent Kyle Reese back to protect his mother in the first movie.Â Confused? I was at first but once I got my head around that fact, everything fell into place. 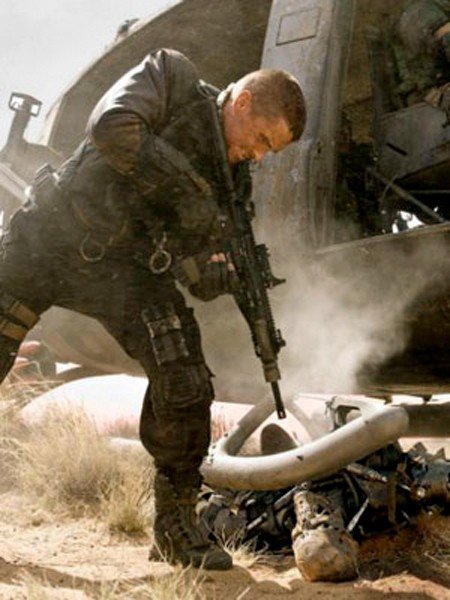 The film opens in 2003, convicted murderer Marcus Wright (Sam Worthington) is on death row about to be executed when Dr Serena Kogan, played by Helena Bonham Carter, offers him a second chance by donating his body to science.

Decades later in 2018, Marcus wakes up, unaware of what happened to him after his execution.
Determined to find answers Marcus plans to go to Skynet Headquarters â€“ a no go area for humans â€“ to find Dr Kogan. Befriending two children â€“ Kyle (Anton Yelchin) and Star â€“ they set off together but the kids get captured and are sent to a prison deep inside Skynet.
Meanwhile Resistance hero John Connor, played by Batman star Christian Bale, is leading a platoon of soldiers against the machines. At this time the machines are winning the war and humans are in hiding, being hunted by terminators.
Listening to his motherâ€™s recorded journal, John knows he must find his father Kyle Reese, now only a teenager, before the machines eliminate him.
The leadership of the Resistance have intercepted a device, which can shut down the machines and plan to blow up Skynet.
Marcus is brought to Connorâ€™s base and they discover he is part machine â€“ a terminator they have never seen before.
Connor mistrusts Marcus at first but after he reveals the whereabouts of Kyle, they must work together to bring down Skynet and save the teen.
While confusing in parts, the film provides the back story for the previous Terminator movies and acts as a prequel of sorts for the series, leaving the story open for a fifth instalment of the franchise.The action sequences are fast paced and the special effects are incredible â€“ particularly the CGI Arnold Schwarzenegger.Â
It may not be everyoneâ€™s cup of tea but for Terminator fans Salvation is a must.

And while it feels like a filler in parts, if Terminator 5 goes ahead as planned with Bale in the lead role, I think it will knock the previous films out of the water.
TERMINATOR SALVATION: A review by Andrea Clarke
CERTIFICATE 12A
OUT NOW