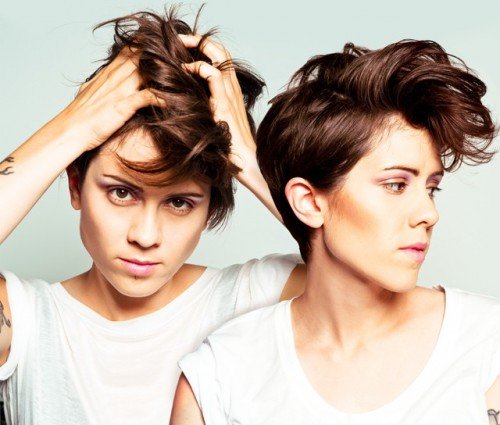 Canadian Indie/Pop/Alternative duo Tegan and Sara’s massive single ‘Closer’ was performed on the hit US show ‘Glee’. The show aired in the US last night, but will run in the UK in 6 weeks time.

And check out the video for ‘Closer’, taken from their rather great sixth album ‘Heartthrob’:

Lovely Tegan and Sara will be back in the UK this summer for a UK tour:

Tickets are priced at £22 for London, £20 for Glasgow and £18 for Manchester and Birmingham. They are available from livenation.co.uk and ticketmaster.co.uk for the dates in England, while Glasgow tickets can be purchased from gigsinscotland.com or 08444 999 990.