By Joe Diamond
FIZZY drinks can more than double the risk of tooth erosion in teenagers, according to new research.
The report says if 14-year-olds consume any carbonated drinks, their chances of tooth erosion will double, and heavy consumption could increase the risk by over five times. 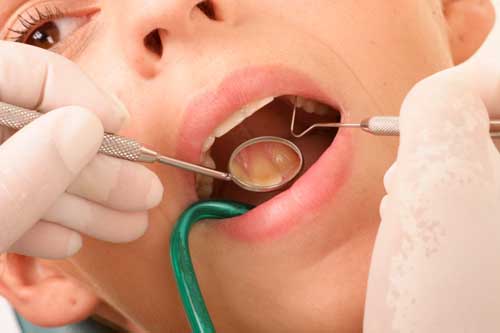 The study, which was published in the British Dental Journal says that the drinks increase erosion in 14-year-olds by 220 per cent, and heavy consumption could increase the problem by 513 per cent.
Almost all (92 per cent) of fourteen-year-olds questioned in the survey said they drank fizzy drinks, and nearly half (40 per cent) drank three or more glasses a day.
Dr. Peter Rock, reader in Orthodontics in Birmingham University, and one of the researchers behind the report believes it raises serious concerns.
He said: â€œThis research identifies fizzy drinks as by far the biggest factor in causing dental erosion among teenagers. Drinking fizzy drinks only once a day was found to significantly increase a childâ€™s chances of suffering dental erosion.
â€œEven more worrying, though, was the increased risk of erosion caused by frequent consumption of such drinks,â€ he added.
Speaking about the research, Professor Liz Kay, Scientific Advisor to the British Dental Association (BDA) said: “Erosion is a growing problem among Britain’s teenagers, yet many parents don’t understand the difference between decay and erosion.
â€œThis research highlights the growing problem of erosion, and identifies the increased risk of children suffering this condition if they drink fizzy drinks. Parents need to understand that while high levels of sugar cause decay, it is the acidity of certain products that causes erosion.
â€œWhile drinking “diet” versions of fizzy drinks reduces sugar consumption, these products are very acidic and can still cause erosion,” she said.