Shake The Glitter, consisting of 16-year-olds Fiona Harte, Gemma Hagan and Sophie Griffin, were chosen by the X-Factor judge to be in his top 20 young acts from around the country in the channel’s Get Your Glee On competition. 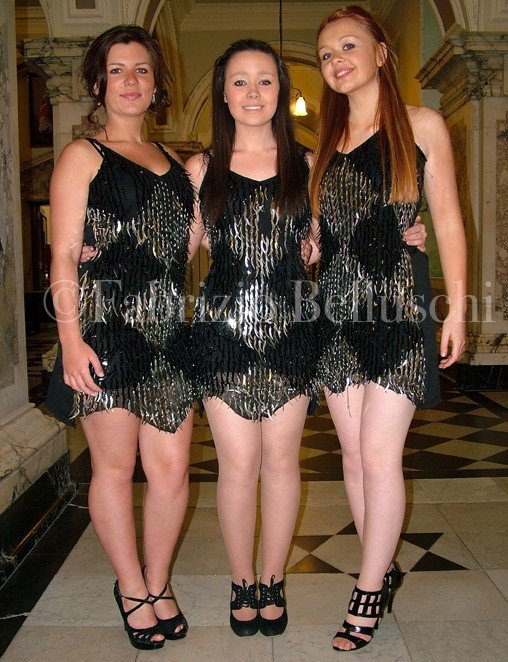 Talented teens and kids from all over Ireland were asked to submit videos to the station’s website where judges Louis Walsh, Mikey Graham and Caroline Downey chose their 20 favourite.

Fiona, Gemma and Sophie are now in with a chance of competing in the grand final where, if they win, they will perform at the prestigious Cheerios Childline concert alongside top pop acts such as Westlife. 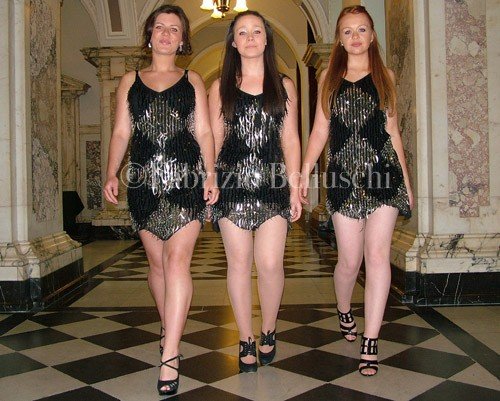 Shake The Glitter sing Tina Turner’s Proud Mary in their video but have also been known to belt out modern hits such as Kings Of Leon Use Somebody and even the Glee club favourite Journey’s Don’t Stop Believing as well as some Lady Gaga and Beyonce.

Last year the girls already had a taste of success when they won the Credit Union’s Northern Ireland wide CU Factor talent show.

Now they’re hoping to take it up a notch and be in with a chance to win TV3’s Get Your Glee On competition – but they need your help.

Speaking of the competition Fiona said: When we heard about the competition we couldn’t resist entering. To think that Louis Walsh has actually heard us and thought we were good enough to go into the top 20 is amazing.

We just hope people vote for us so that we can show everyone what we can do at the live finals.

Gemma added: We’re the only act from Northern Ireland in the competition so we’re really hoping that everyone gets behind us and gives us a vote or two.

And Sophie said she’s confident the girls will get some good support given that voting is different from many other competitions around at the minute.

She said: Voting in the Glee competition is completely free through the website which I think is great because there are so many text and voting lines these days that it’s hard to keep up.

There’s also the option to join the TV3 mailing list but you don’t have to do that to vote, just make sure you click the submit vote option at the bottom of the page.

We’ve already had great support from our friends and family and we really appreciate every single vote cast for us.

Meanwhile the girls will be in Belfast tomorrow to compete in the UK talent show Festival 4 Stars at the Hilton Hotel.

The competition is still taking entries up until 10am tomorrow – log ontoÂ  www.festival4stars.com or turn up at The Hilton from 9am.

Vote for Shake The Glitter on TV3 voting ends June 8.