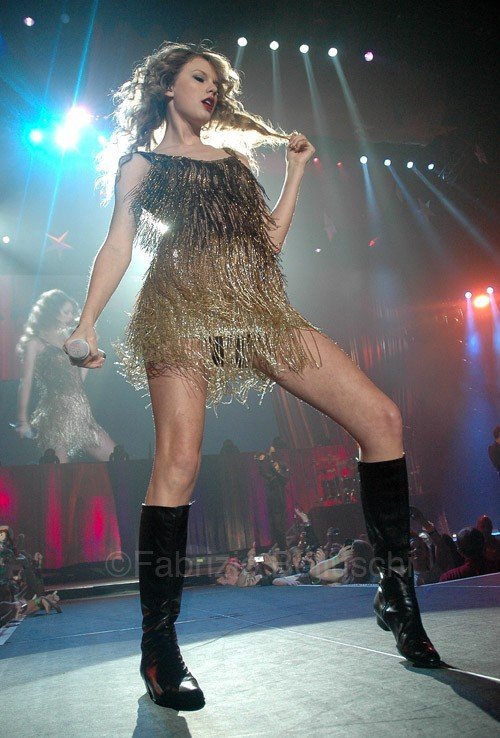 23 year old pop princess Taylor Swift announces, that she will be painting London RED, with 3 dates at London’s The O2 of her blockbuster THE RED TOUR on 1st, 2nd and 4th February 2014.

The North American portion of The Red Tour saw Taylor play to more than 1.36 million fans over 66 shows (including 13 stadium stops) in 47 cities in 29 states and 3 provinces.

On a number of these nights Taylor was notably joined on stage by some very special guests, from Jennifer Lopez, Ellie Goulding and Cher Lloyd at Staples Center in LA through to Carly Simon at Gillette Stadium in Foxborough, Mass.

Taylor plays electric guitar, banjo, piano and acoustic guitar during the show, and her set features numerous songs from her record breaking album, RED, in addition to new takes on several fan favourites.

This November will see Taylor take THE RED TOUR to Australia and New Zealand, where she will become the first solo female artist in 20 years to undertake a national stadium tour of Australia, with the last being Madonna’s Girlie Show tour in 1993.

Taylor Swift THE RED TOUR
London’s The O2 1st, 2nd and 4th February 2014.
Tickets will be priced from £37.50. Tickets will be available to purchase from 9am on Friday 4th October via AXS.com, ticketmaster.co.uk, gigsandtours.com and by phone on 08448 24 48 24. Exclusive VIP Experiences and packages are also available.