The Pretty Reckless singer Taylor Momsen, who has previously flashed her boobs at a gig, claimed that she feels that she is a “bad influence” and probably not the best role model for young girls. 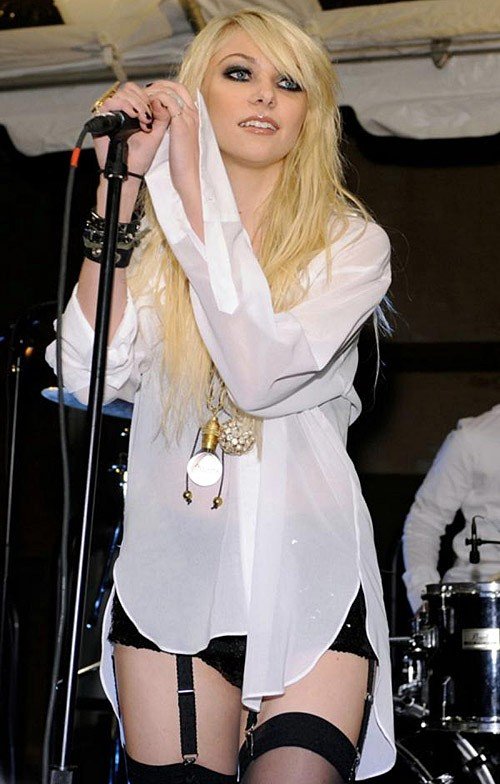 Taylor explained to Grazia magazine: “I probably am a bad influence. The other day this reporter brought his 12-year-old daughter to an interview. She was looking at me, open-mouthed, like, â€˜I want stripper shoes, daddy!â€™”

“He hated me! But Iâ€™m not saying, â€˜Be like me.â€™ I hope girls read what I say in interviews â€“ they should just be themselves. They wouldnâ€™t want to be like me.”

The Gossip Girl actress, who likes to give us a shock every now and then, claims that she is happy using a sex toy and that sex itself shouldn’t be “scandalous.”

The 17-year old star added: “Sex is part of life – it shouldn’t be scandalous.”