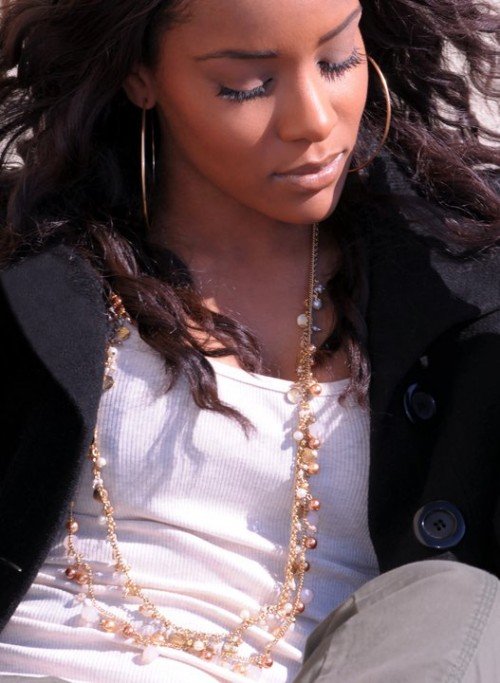 New York singer/songwriter Tanya T6 is poised to take the music industry by storm with the release of her ‘Watch Me take It’ mixtape. Fame caught up with the young vocalist to chat about her music, her career to date and what the future holds for her.

Hi Tanya so how’s life with you, are you excited about the upcoming release of your new mix tape ‘Watch Me Take It’?

Yes, definately! This mixtape is basically giving me the opportunity to showcase my raw talent, I can say what I want, how I feel, I can basically go off and have alot of fun with it without people thinking too much into it!

What can we expect to hear from this release?

There are a few of my favorite original songs as well as some freestyles to popular songs — so it’s definately a good mix of records!

Can you let our readers know what inspires your music and songwriting?

What inspires my music and me to write are my experiences, past and present and what I dream of for my future…music is therapy for me…its like an alternative to having someone to talk to…I love experimenting and trying out different types of records in different genres…

How did you get into the music business?

I always had a passion for music and after sending my demo out to several labels, I got a call from multiplatinum producer Dame Grease and from there things took off…

Did you always want to be a singer/songwriter?

Yes, I started out in elementary school in my gospel choir..I would always sing for my family and friends- I just knew I wanted to be an artist.

As for writing, I always loved writing in general, even essays…I started out writing poems, which transformed into lyrics for songs…

What artists inspired you?

Artist that inspired/inspire me are Bone Thugs and Harmony, Whitney Houston, as well as other artists like Roberta Flack, Kim Burrell, Minnie Riperton and Deniece Williams.

What would you have done for a career if you hadn’t made it in the music industry?

I think I would be in the entertainment industry either way, whether it be modeling, acting, dancing, etc..

You are originally from Harlem, do you return there often?

What have you planned for after the mix tape release? I plan on dropping my EP Series which consists of 4 brand new original songs every 3 months!

Where will Tanya T6 be in five years time?

Tanya T6 is currently finishing up her new mixtape, ‘Watch Me Take It’ released on July 4, 2012.
facebook.com/TanyaT6
©FAMEMAGAZINE.co.uk