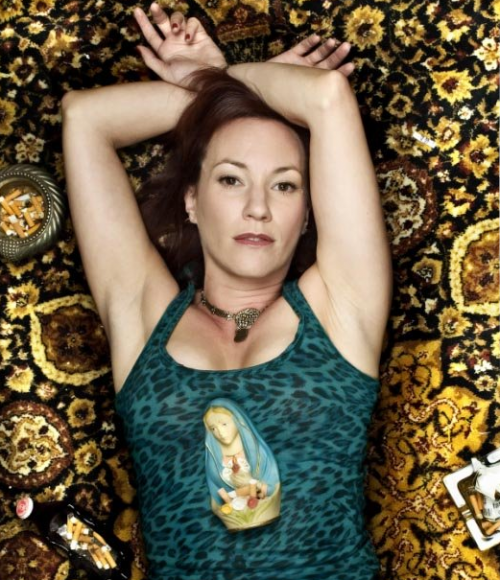 British actress Tanya Franks is one of those ladies who can seemingly slip into any role she is presented with. This is a very talented actor that has graced our screens in everything from sitcoms to serious drama and even ventured into soapland.

Whilst her name may not be on our lips the lovely Ms Franks is a person we all have seen at sometime in one of our favourite shows. Best known for her turns in comedy series ‘Pulling’, iconic soap ‘Eastenders’ and recent TV hit ‘Broadchurch’ the versatile performer is now set to star in Sky Living’s new comedy ‘Kitten Chic’. 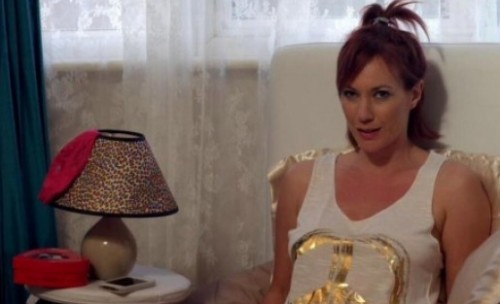 Hi Tanya. Thanks for taking the time to talk to us. We have been reading about your new comedy on Sky Living ‘Kitten Chic’. What can you tell us about it?

It’s about a teenager looking for her first love. Everybody is getting it basically, and she isn’t. Even her mum Denise (played by me) is having it away with a 19 year old.

So she’s ready to nab her perfect man, even if she isn’t the gender he’s attracted to.

You have both dramatic series and sitcom/comedies in your CV. Do you have an acting genre you prefer to do?If the character is fun or a challenge to me then I am happy to play it whether it is drama or comedy. 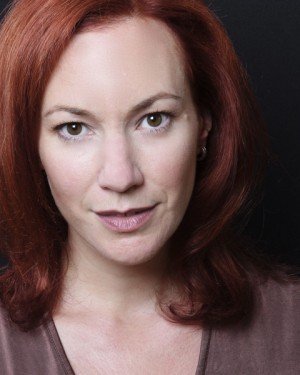 You also ventured into the world of soaps (Eastenders). Was it daunting to take on a role in such an iconic show?

By the time I went into EastEnders I had 20 years worth of this industry behind me and I’m not easily daunted. Rainie is a gift of a character so I totally embraced it.

What were the core cast like to you as an outsider. Did they welcome you to the fold?

Completely. There are so many families and pockets of characters that I haven’t worked with them all closely. However, everybody was at least polite enough to say hello and pass pleasantries which was certainly a good starting point.

You first appeared on our radar in the comedy show ‘Pulling’ in that you portrayed a man-eater. Was that series fun to make?

Enormous fun. The scripts were so brilliantly written, we spent many a long minute trying to keep a straight face to get through the next take.

You spent some time with (the former Dennis Pennis) Paul Kaye in Pulling. He always strikes us as an interesting guy to be around. Have you any fun stories from your time on set?

Paul and I became lovely friends out of that show and I admire him hugely. I think one of the funniest moments we had was a scene that actually didn’t make the final edit, we both had to be soaking wet in the pouring rain, drunk, and set fire to a house, it was pretty hard to keep a straight face or anything else straight at that point. 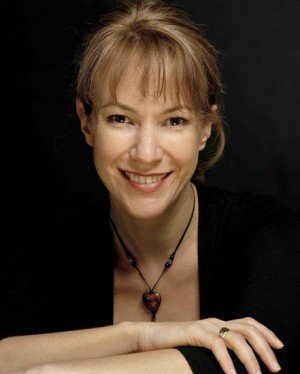 Do you have to adapt your style to move from a show like Eastenders to the likes of Broadchurch?

I always go for what I believe to be the truth of the character and the situation first and foremost, the period and the setting are usually the elements that dictate a change in performance style, otherwise my approach remains the very much the same.

We hear Pulling is being picked up by a US station. Will you be watching it to see who takes on your role. How will you feel to see someone else say your lines?

I hear the actresses are all very good so I will absolutely be watching. I have read the script which has been adapted to the US market so it is going to have a slightly different feel and texture to the comedy anyway. I’m actually looking forward to seeing it.

Broadchurch has been a very well-received TV show so far. What drew to the project?

The scripts were totally compelling and so well crafted. It was very apparent from the quality of the writing that it was going to be a project worth being a part of.

Plus I was so looking forward to working with the lovely Jonny Bailey again, we played mother and son a few years ago on stage too, and low and behold we really had another great fun time.

Also Olivia Coleman and I have known each other from a distance for a few years but never worked together, so another attraction right there.

Apart from Kitten Chic what have you lined up for the rest of 2013?

I’m currently raising finance for my first feature film script that I’ve written to produce through my company Stock-pot Films, I’m part of the new Brit movie The Magnificent Eleven that will be out on DVD from 13th May, and am developing a couple of projects in the US following my baptism in the Hollywood font last year with Liz And Dick.

Finally Tanya, may we ask you what words of advice you may have for any aspiring actors reading this?

Only venture into this game if you are 100% sure you can deal with insecurity, and if you can, then don’t.