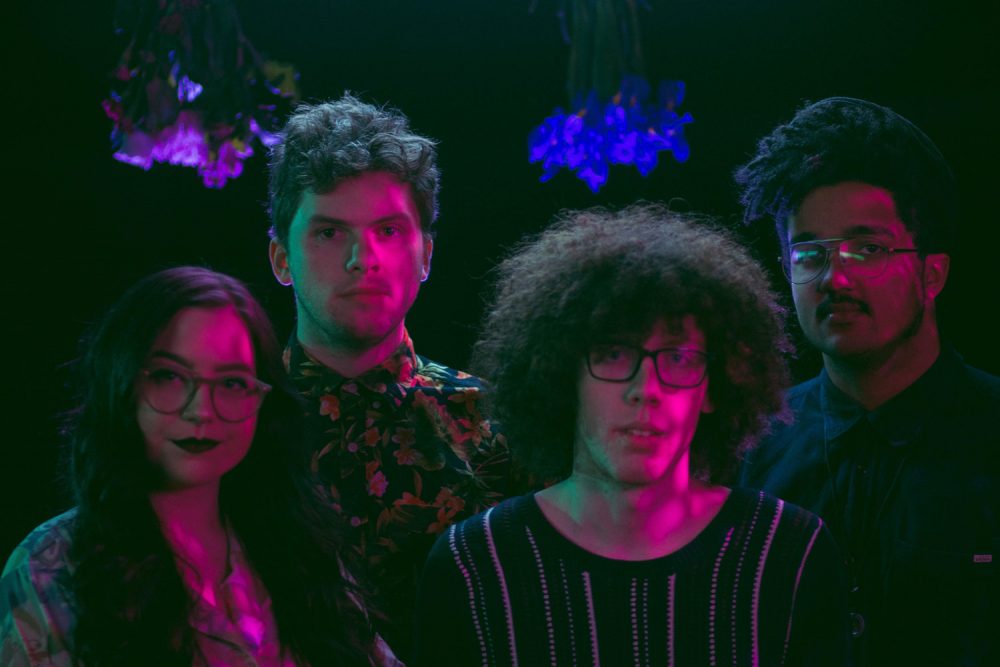 We’re good! Busy and good J How are you?

Lyrically and sonically its largely inspired by being surrounded by good friends and the way life can feel so easy with special people like that. The lyrics expand into other experiences later in the song but an adventurous theme is the main vision we would say. We want it to feel like a glimpse of light after an era of darkness.

How did you come up with the ideas for the visuals?

Loosely we knew we wanted to have kaleidoscope like visuals, something with a lot of colour dynamics happening. But it wasn’t until we sat on the idea with our friend and director for the video Ryan Brough (Zeebrah Media) that the vision really fell into place. Him and Doug Cunningham (Lighting) really made it happen for us.

You’ve recently released your debut EP ‘Round Dreams’, how did the songwriting process work when you were writing the material?

We started demoing in January 2017 before Nate and Kenzie joined the band. Our intention even from that point was to eventually grow into a four piece and release an EP, so we overdubbed drums and bass ourselves in hopes that we would eventually gain members. We made demos for Sparjammer and Small Daisies, which were the first songs we wrote for the EP. We continued writing on our own until Nate and Kenzie joined the band, which we then collectively wrote Aspen, our first single.

How does Ontario and your surroundings influence your music?

We feel in Windsor/Toronto specifically the tight nit music scene really motivates us. Just being around and playing with so many other artists and bands that we can call friends have inspired us to continue writing and playing out. There’s for sure something special about artists who are grinding but at the same time doing all they can to support others too.

Which other Bands would you recommend from the music scene back home?

Huttch, Bobby Sproat, Flower Face, Mellodraw are all great acts from Windsor. We’ve known all these people and played with them many times and we love them as friends just as much. The genre diversity between those acts basically summarizes how we have a little bit of everything in our scene.

We really like to experiment with the sounds that we make and we feel like it’s always altering in certain ways. But, some sort of shoegaze type scene feels right if we had to pinpoint. There are a lot of new acts sprouting up now redefining their respective genre, it makes sense for us to associate with the shoegaze scene as we really are a product of our influences.

For those who haven’t seen you play live, what can people expect from a Talking Violet live performance?

We try to keep the shows lively and diverse. Recently we’ve been experimenting with new instruments like synths and horns. We put on a show that covers many different sonic styles and textures, and we like to play with all these sounds live.

Finally, what does the rest of 2018 have in store for Talking Violet?

We are hoping to get on some small tours in southern Ontario, up the 401 and back perhaps. We’ve also been doing a lot of writing in our free time, and we are hoping to start recording for a new album by the end of this year.