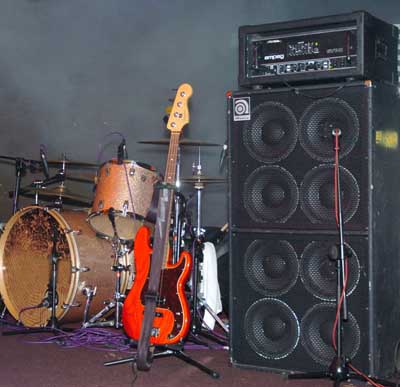 This Autumn Channel 4 starts a nationwide search to unearth the best musical raw talent across the UK. In a collaboration with Sony Ericsson and Orange, mobileAct unsigned will search for young, cool and credible bands that write and perform their own original music. Representing all music genres from hip hop to rock, bands will need to prove they have what it takes to be the next big thing.

Produced by Princess Productions, the 60 minute show will go out weekly from Sunday 7th October across 12 weeks from early September until late December.

The show will be hosted by Alex Zane and the search will be led by an all star panel comprising of Jo Whiley (Radio 1), Alex James (Blur) and Simon Gavin (Head of A&M Records). The grand prize for the winners of mobileAct unsigned is a much-coveted major recording contract with A&M Records.

All the initial auditions and the selection process has already taken place via the web, unsigned bands submitted their own tracks and photos online before the best 50 were invited to the filmed auditions. Itâ€™s at this stage where the series kicks off on Channel 4 with a unique mobileAct unsigned music festival and tour where the chosen musicians will have to perform across the UK to raise support for their act from fans and genuine gig goers.

The bands will receive master classes from their idols and learn all about what it takes to make it as rock stars. Theyâ€™ll battle it out to win places in the live final, where one band will sign the winning recording contract.

In a unique move mobileAct unsigned will be encompassing T4, 4music and channel4.com/4music. The series will be partnering up with the Channel 4 website which already has over 10,000 unsigned bands registered and has had huge success in uncovering new talent and giving bands the opportunity to open the V Festival and T4 on the Beach. Furthermore the series will engage viewers across multiple platforms using a Triple Play Strategy which includes TV, online and mobile formats.

Neil McCallum, Commissioning Editor of T4, Music and Youth says â€œFollowing on from the recent success of T4 seriesâ€™, ‘Chancers’ and ‘Musicool’ we are delighted to be embarking on another credible music series that will continue Channel 4’s commitment to supporting and nurturing new music. ‘mobileAct unsigned’ will showcase the untapped talents of the UK’s unsigned music scene and give them a very real and rare insight into the record industry. Across the series we aim to highlight the highs and the lows of being in an up and coming band, whilst being guided by some of the UK’s biggest music makers and shakers to help our bands achieve success.”

Sebastian Scott, Executive Producer at Princess Productions says â€œThis is a talent show for real musical talent â€“ there wonâ€™t be a pair of high-waisted trousers or a Technicolor Dreamcoat in sight. Weâ€™re looking for Britainâ€™s best new band, whose music people will genuinely want to buy.â€
www.mobileact.co.uk