COUNTY Down hunk Jamie Dornan has revealed he was once asked to pose for fashion brand Calvin Klein in a competition to find new talent despite already being one of their most successful models.

The 27-year-old, who is famed for his steamy photoshoots with Eva Mendes and Kate Moss, shot to fame after being in the reality TV show Model Behaviour. 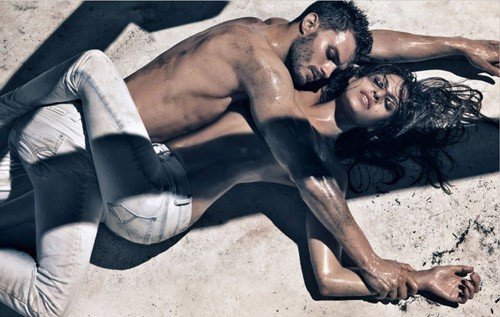 Since then he’s become a famous model, actor and singer.

While walking past Top Shop in London Jamie was spotted by a talent scout shortly after shooting his latest campaign with superstar Eva Mendes.

He revealed: I was stopped outside the shop and asked did I want to enter a Calvin Klein competition to model underwear.

The poor girl said to me I’m from Calvin Klein would you like to model some underwear and I just said no but she replied please please it would be great if you were in it and I said no again but she followed me down the street and by this stage it was slightly embarrassing and she said just take the form anyway needless to say I didn’t enter. 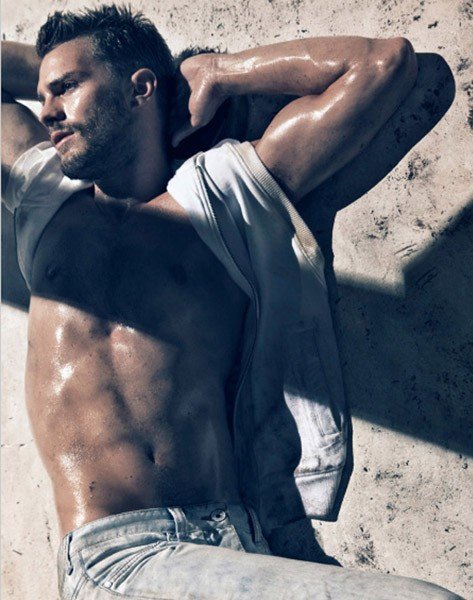 And speaking of his success Jamie said both he and his family are still all a bit stunned by how well he has done in the industry.

He added: I think my family are proud, I hope they are proud. I think they are actually bemused by it as much as I am. As to why it happens and why it continued to happen for quite a while.

I think they’re happy but none of their friend’s sons do the same thing so it’s a funny thing for them to talk about, I suppose it’s a novelty.

Jamie even admitted to not taking the modelling that seriously: I probably should take this a lot more seriously than I do but it’s served me well not to get serious. I think you really shouldn’t be taking this industry seriously if you’re a guy in my opinion because it’s a woman’s industry he said.

And of course the perks of the job are the women he gets to work with.

Jamie said: I’ve worked with Kate Moss and Eva Mendes and they’re both pretty amazing girls. I only worked with Kate for one or two days so I didn’t really get to know her as well and it was a studio shoot so it was a closed environment. 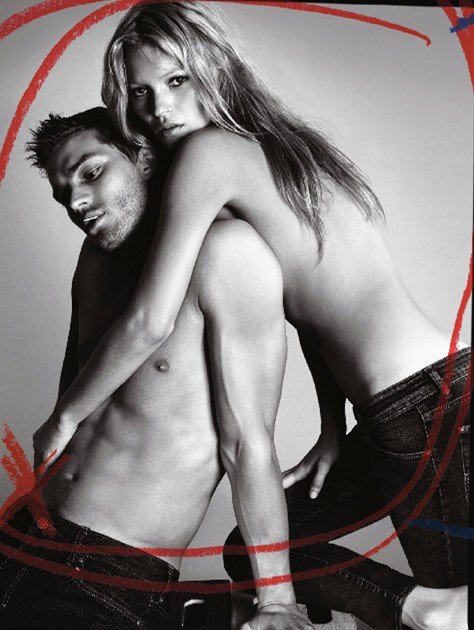 Whereas with Eva it was in Palm Springs and we had a whole week of it and it was outside and the sun was shining so it was easier to get to know her. She’s a very very fun person.

But modelling isn’t the only thing Jamie is talented at. He’s also a songwriter with his band Son’s Of Jim and an accomplished actor.

Having already starred in films such as Marie Antoinette, Beyond The Rave and Nice To Meet You he can also be seen in Shadows In The Sun and X Returns, both currently available on DVD.

Speaking of Shadows In The Sun he said: It was an amazing film to be part of. It took a while to come out, I actually filmed it about two years ago up in Norfolk, it’s a very quiet little film it’s not going to create too much of a stir, I play a guy called Joe who’s a bit of a winder, a bit of a drifter, poet and farm hand and who likes to smoke a bit of weed.

It’s set at the end of the sixties and I was able to grow a big beard for the part which I enjoyed having, I kinda miss it I would like to even grow it back again but I’m not really allowed because of Calvin unfortunately.
EXCLUSIVE
BY TINA CALDER
©FAMEmagazine.co.uk