Take That, Britain’s best-loved band, today confirmed that they’re to hit the road next summer for a string of stadium dates around the UK including a concert in Dublin’s Croke Park on Saturday 13 June 2009 (subject to licence).

Tickets go on sale Thursday 6 November at 8am. The Script will join Take That in Croke Park as their special guests. 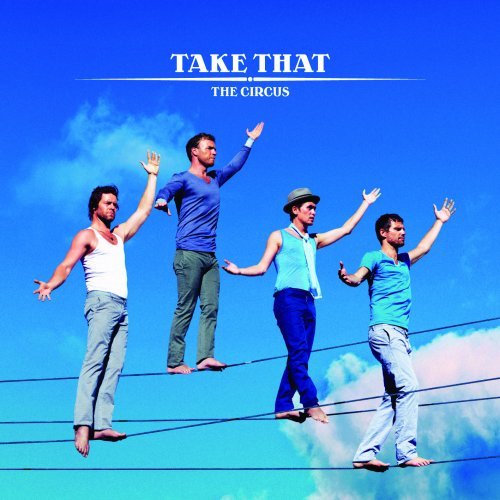 Take That Present The Circus Live Summer 2009, will see Gary, Howard, Mark and Jason embark on their biggest tour to date with a monumental eight stadium dates across the UK & one in Ireland. The Circus – Live, promises to be the bands most visually dramatic, diverse and exhilarating tour yet.

Kicking off at Sunderland’s fabled Stadium of Light on June 6, the band then travel to Dublin, Cardiff’s Millennium Stadium, Glasgow’s Hampden Park, three nights in their home town of Manchester at Old Trafford and culminating with two nights at London’s state of the art, Wembley Stadium.

All of us are really looking forward to getting back on the road again next summer. We can think of no better way to thank everyone for their support and loyalty over the past three years.

This will be the biggest tour we’ve ever done so we’ll be working especially hard over the next few months to make it the best and most exciting Take That tour yet.
TAKE THAT
PRESENT THE CIRCUS LIVE – SUMMER 2009
Dublin’s Croke Park on Saturday 13 June 2009
Tickets for the Irish date are priced 59.50/69.50/79.50 euro (including booking fee) and go on sale Thursday 6 November at 8am. The Script will join Take That in Croke Park as their special guests.
Tickets for the Irish date go on sale on Thursday 6 November at 8am
Tickets for the UK dates go on sale on Friday 31 October at 9am.