Multi-platinum-selling singer-songwriter Taio Cruz will be the first-ever artist to do a live performance of John Lennon’s “Imagine” just before the final countdown to midnight on New Year’s Eve 2011 on the NIVEA Kiss Platform, located in the heart of Times Square. 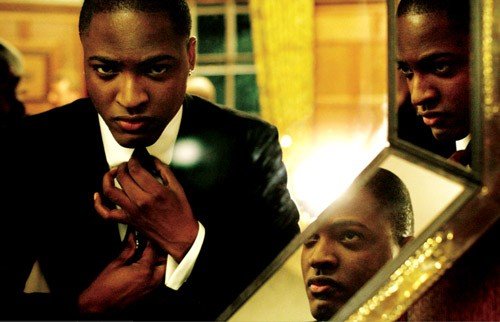 Millions of people all around the world will experience this memorable moment and connect with one another through the brand’s sponsorship of the Times Square New Year’s Eve celebration.

Following the performance, Taio’s version of “Imagine” will be available to download exclusively on iTunes beginning 1/1/11 through 1/31/11 with proceeds benefitting Big Brothers Big Sisters, a nonprofit organization that creates long-lasting, strong relationships that enable children to reach their greatest potential through quality one-to-one mentoring, as part of NIVEA’s ongoing relationship with the charity. 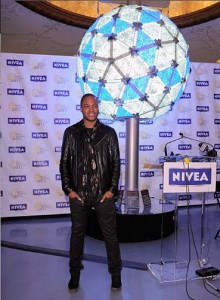 The “Imagine” performance caps off a breakthrough year for the London-born Cruz, who released two blockbuster singles (“Break Your Heart” featuring Ludacris, and “Dynamite”) in 2010, each of which went to No. 1 on the Billboard charts and sold more than six million combined copies in the U.S. alone.

“I’m thrilled to partner with NIVEA for this special performance in Times Square, the epicenter of New Year’s Eve celebrations around the world,” said Cruz, “I was deeply touched by their desire to give back to Big Brothers Big Sisters through my music and felt there was no better way to kick off 2011 than with those celebrating the New Year’s Eve festivities in Times Square.”

As part of a multi-layered partnership with NIVEA, Taio’s new single “Falling in Love” appears in the brand’s advertising for NIVEA Lip Care.

“The single is a perfect fit for the campaign,” explained Jeff Straughn, CEO of Brand Synergy Group, NIVEA’s music agency.

“We strive for fully integrated programs that maximize each element of the marketing mix. The partnership will culminate with the riveting first-ever performance of ‘Imagine’ by Taio for an international moment that will connect millions of people around the globe.”

To purchase the single “Imagine” from Taio Cruz, visit iTunes.