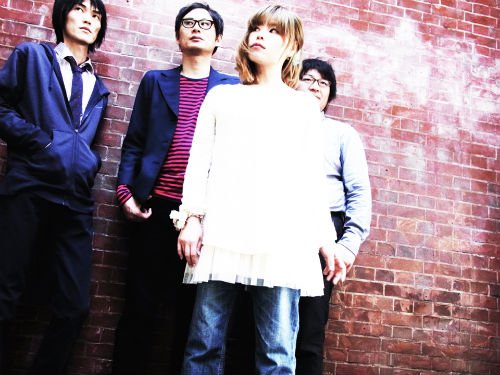 The always fun Japanese four-piece Taffy, are firm favourites of us all here at Fame HQ. Their take on classic Brit pop style tunes are a breath of fresh air and we were so happy to be able to finally sit down and chat to the band.

With a new single ‘Snowberry’ already in the public domain and the new album ‘Lixiviate’, released on 17th June through Club AC30, there was certainly plenty to talk about.
Free download of the track here: HERE

Here are highlights from our chat with the charming band.

You have been on our radar a while now. But for those who may not know Taffy. Can you describe your music to them?

Hello and nice to meet you! We are Taffy, a band based in Tokyo, Japan. We don’t quite know what to call our sound but we are often described as brit pop sound, or a band that reminds of the 90’s, even though we have no intention of doing so.

We just like to play melodic songs with the band sound. And we don’t feel comfortable to be categorized in certain genre, we wanna play any kind of songs we want to, in anyway we’d like to. Are we being too greedy? haha.

You seem to be going from strength to strength both msuically and success wise. How do you find the many media accolades and rave reviews you receive?

We are just so honored, happy and thankful, and SURPRISED too. It also showed us that the music really has no borders. We didn’t know any Japanese bands or artists that came out of nowhere and had the songs get reviewed so well in the UK, so we were just so happy that it happened that way.

Not only people in the UK actually heard us, but also they actually made good comments about what we do. It meant a lot for us especially being here in Japan, so far from there.

And it was also great that we received a lot of positive comments from other parts of Asia that they are also proud of us, that Taffy is doing well in the UK. 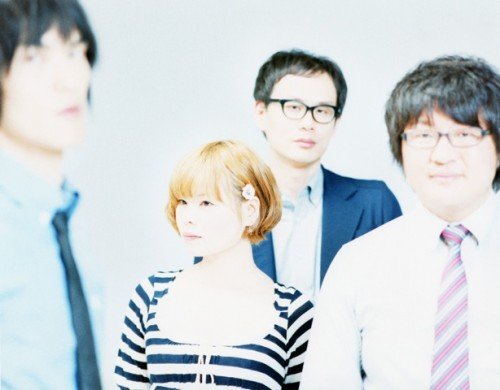 Can we ask you how the band formed and what your inspirations back then were?

It was Koichin (base) and me (Iris/vocal) at first. We were in different bands when we met and both had just left those back then and formed a new band that will be Taffy later.

There were numbers of the guitars and the drums came and went, and finally it settled with Asano(guitar) and Ken(drum).

How we get inspired never really changes. We just go with our every day feelings.

You have a new single already doing the rounds, but we are very excited about your ‘Snowberry’ album. What can you tell our readers about that album and its content?

Well, the next album “Lixiviate” shows more sides of the band maybe compared to our previous album “Caramel Sunset”. But then of course there’s that Taffy sound we create in each songs and because there are various types of songs, I think people can enjoy the album in wide range.

How do Taffy go about creating a new song. Do you all have your part to play?

I(Iris) write and play the basic of the songs (the melody and the chords) to the other members, and we build the songs up from there.

I also tell them the image of how I see the songs should be, which sometimes changes as we build up the song. Other than that, we don’t really have certain rules in writing songs, so everyone says things that we feel like to while we finish building up.

We hear your live shows/performances are very enthusiastic affairs. What are we missing if we have yet to see one?

Oh, are we? Well,, maybe we are more energetic on the stage than the people expect. Especially if people expect us to do our shows rather quietly because of my voice. One thing I can assure you is that it’s worth coming even just to see Ken’s smile when he plays his drums. I don’t know how to explain this well but you’ll know what I mean if you come see us. Please come find out! 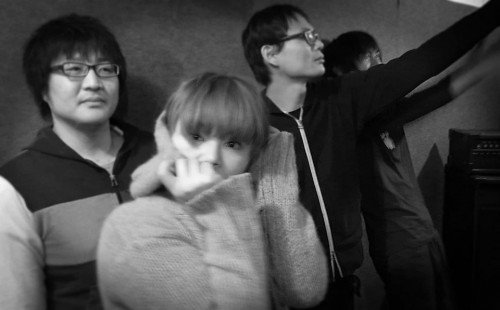 What about touring. Do you enjoy the touring lifestyle?

Actually, it was our first tour ever last time. We loved all the places we visited and enjoyed the views while driving from town to town.

People were so nice everywhere, we wished we had a little more time to get to see each places, it was just one day at this city and tomorrow to another. We were kind of worried at first about our shows, had no idea how people would react to us, so it was a big relief when we saw people were actually enjoying
our music.

We found out that it was fun and exciting to tour. And it was also nice that some local radio stations and medias came to the shows and invited us to communicate with them and the local fans.

A lot of things were unexpected and it was very nice.

The guitar Asano forgot his room number of the hotel at some place, and he speaks absolutely no Engish. But he managed to learn the phrase “I forgot my room number, could you tell me?” somehow, and went up to the front desk and said the phrase but it never really got through what he wanted or even what he was saying because of the heavy accent.

But for that’s the only phrase he knew, he just kept saying that phrase over and over like a robot and we were just cracking up watching that.

He’s so proud that he knows that phrase and still says it out of nowhere even today.

Speaking of tours, will you be touring the new album in June and also will you be heading to the UK at all?

The album comes out in June so we definitely would love to tour again, possibly in July. We’re working on things right now and hopefully will be able to announce it soon.

Finally, what’s next for the band after this album release and any promotional work it involves?

The first single is a double A-side single so we’ll have two videos. Actually three, including the song that’s on the internet now “Snowberry”. So it’s good that we already have three videos from our next album and hopefully we’ll have second single as well, so a lot more to come if we do.