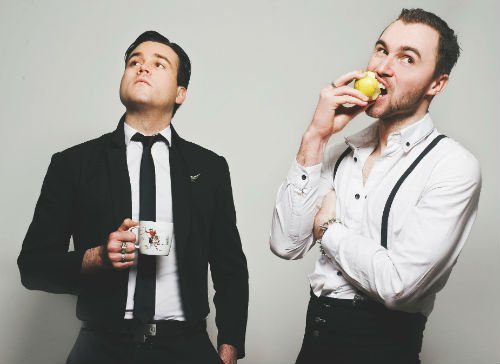 ‘Republic of Banana’, is the brilliant free download taken from their new EP ‘T.W.i.N.S’, released via Split Records on 3rd March.

Neo-Liberalism. Fucking in it and drinking in it.

What were your influences whilst writing this EP?

What’s the story behind ‘Republic of Banana’?

We both live in an ever changing, ever more expensive landscape. Like the rest of the UK, London is losing it’s individual charms to high street brands and worse still becoming a gentrified pool of ‘creative’ coffee houses where a salted caramel ‘blondie’ is dispensed on blocks of wood for £3. We don’t want to lose the quirks that makes the city our favourite, and the Mayor should realise that tourists don’t want that either. 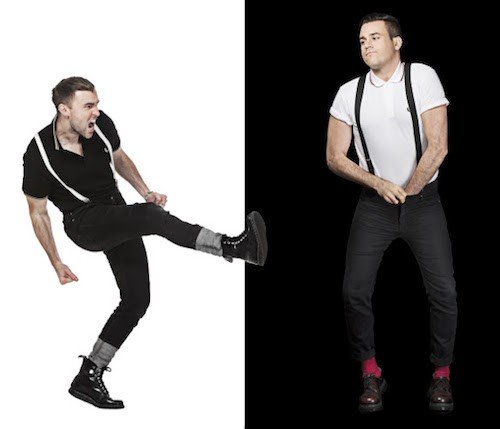 What’s with the interest in political satire (i.e. in ‘Found a Flat’)?

Politics are a tragic state of affairs right now and I tend to deal with bad situations by making light of them.

Huge kick drum ✓
Moroccan castanets ✓
Live brass samples from my downstairs neighbour ✓
We also shout at each other as to whose is the worst song until one gives in.

Sum up your manifesto in 5 words.

Our manifesto is an ever evolving construction forever under review. However we do have a sort of mantra for when things go awry, and they often do. It’s four words though: Let’s keep it funny.

If you could get drunk with any woman, who would it be?

Ru Paul. She has seen it all.

When we finished our last UK tour I sat alone in a fish and chip shop in Newcastle.

It was so peaceful after being onstage in a club that even the guy vomiting outside didn’t distress me. I cried tears of joy in that moment. It had been a dream to do something like that, and I would like to do that again/ That was an awesome memory.

Regrets? I once met Natalie Portman and she gave me the eye. I really should have gone for it. 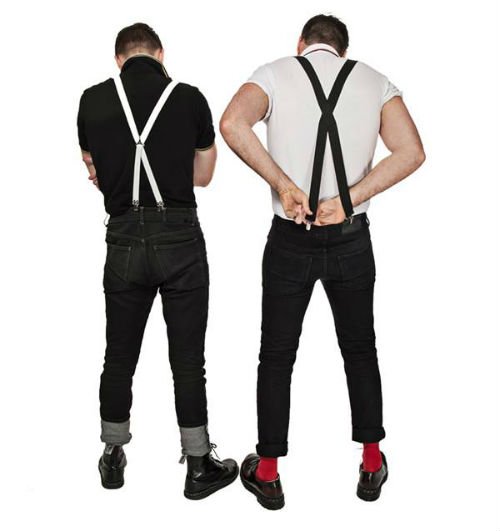 Snoop Dogg. He’s someone with an ear to the ground, always open to working with up and coming artists, quite possibly the reason why he’s still relevant to this day. We’d not only do a track we’d also do a video and have him act on it.

Here’s a treatment for you: Snoop Dogg smokes a doobie (obviously), passes out and in a dream sequence he gets chased around London by an army of actors dressed as the letter ‘G’.

We are throwing a ‘secret’ party for our EP launch on the 8th March. I say ‘secret’ because we haven’t tied down the venue yet, but we will update you through our social networks. You should come because you’ll dance just as much as at a disco but for half the price.