By Keith Bailie
SWEDISH act the Shout Out Louds are on their way to Belfast and Dublin. The will play the Limelight on April 7 and the Village on April 8.
The band have been hectically touring over the past few years, headlining their own tours as well as lending support to bands like the The Strokes, The Magic Numbers and Kings Of Leon. 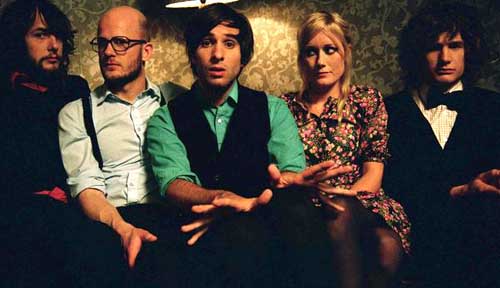 They also have a new album on the way, Our Ill Wills, a title which refers to secrets, why we need them and what makes us keep them.
Whatever their secrets may be, producer and musician BjÃ¶rn Yttling (part of the successful Scandopop trio Peter, Bjorn and John) is in on them.
BjÃ¶rn produced their EP Oh, Sweetheart (2004) which contained songs that ended up on the international version of Howl Howl Gaff Gaff released in 2005. It is evident that Shout Out Louds share BjÃ¶rn’s passion for drums and rhythms to create moods. Not only does the album start with a thunder.
It ends in a hurricane and shows no signs of stagnation along the way.
The Limelight gig could prove to be something special and tickets are available from all Ticketmaster outlets and cost for Â£11.50.