A movie about Susan Boyleâ€™s life is in the works, with American actress Glenn Close set to play the reclusive singer. 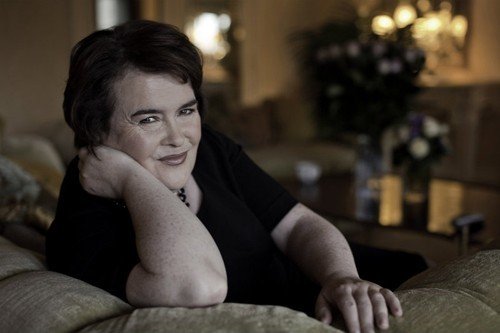 The movie will chart SuBoâ€™s incredible rise to fame, from her first performance on Britainâ€™s Got Talent through to her singing for the pope, taking America by storm and appearing on the Oprah Winfrey show.

The I Dreamed A Dream singer has given her blessing for the biopic to be made but had initially wanted Scottish actress Elaine C Smith, best known for her role in Rab C. Nesbitt, to play her.

But as Susan is a bigger hit in the US than she is here in Blighty, producers wanted a Hollywood star to take the lead role.

â€œThe film is full steam ahead now the leading role is sorted,â€ an insider told The Sun. â€œIt was always going to be a tricky one to cast. Susan’s incredible story is so well known across the planet that the film is bound to go down a storm.

â€œGlenn has played some imposing women in the past including Alex Forrest who boils the pet rabbit in Fatal Attraction. But this might just be her biggest role yet.â€

The movie is expected to start shooting later this year.
www.thesun.co.uk