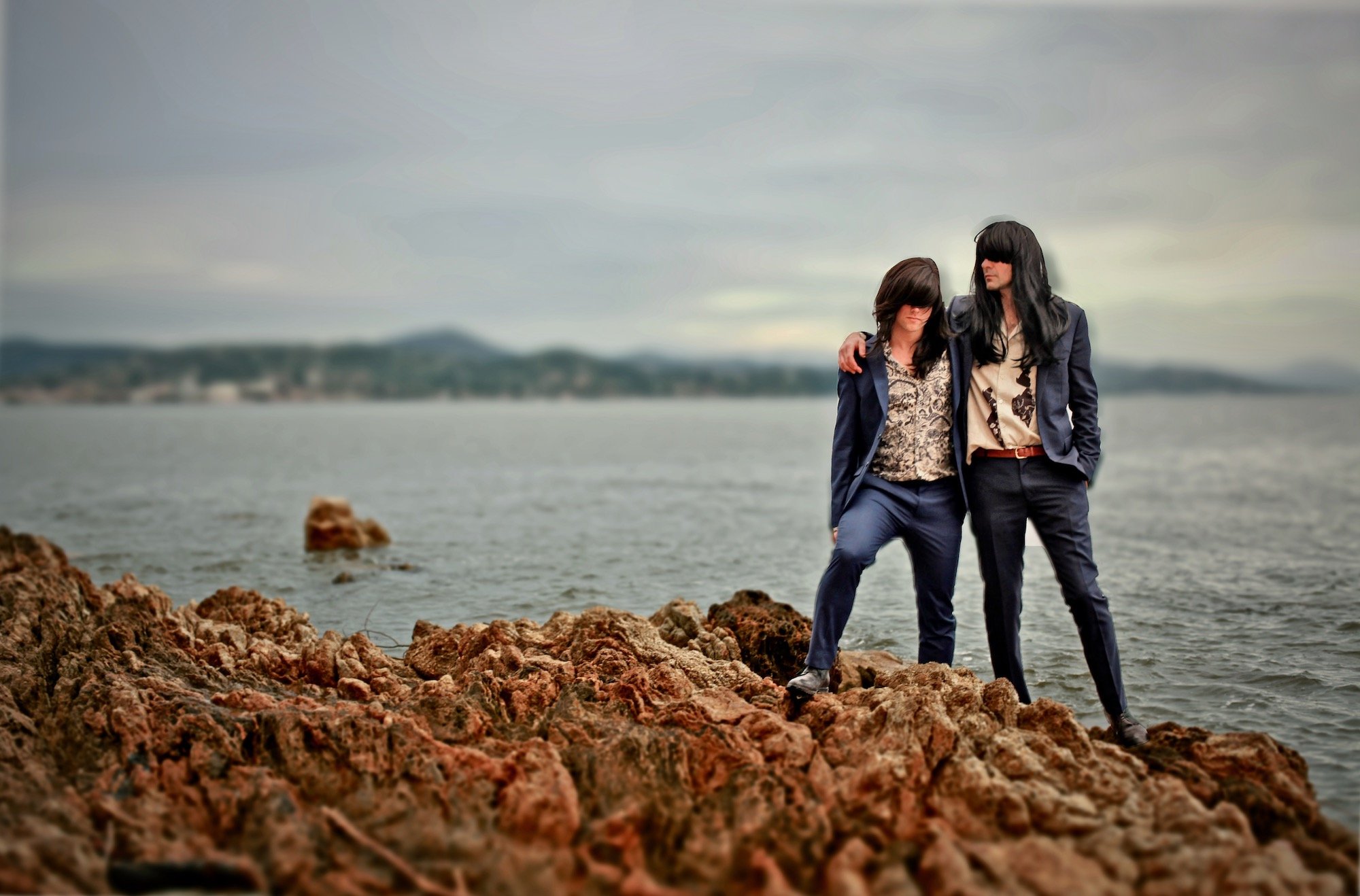 Surf Philosophies are a safari band. A road trip up and down the coast. Their music is loose and observational. Holiday snaps and tourist treasures from gas station gift shops.  With a new album due for release next February, this week sees the first in a series of three videos starting with Ryan – the first single off the album.

“Coming out of a period of intense personal pain, this record is an attempt to reconcile and  add up all the questions that come with losing yourself. When you think that the whole world is against you where is the best place to look? Straight in the mirror of course! From the outside a record looks like a product of the present, of the now. But when making a record especially one that expands over a particular part of your life, then the record becomes as hard to deconstruct as the person you see in the mirror each day.

St Tropez Gossip is the name of a clothes store we saw somewhere in Gothenburg. We loved the ugliness of the phrase, the strangeness of the connotation. It reminded us of times in Brighton, tacky dance nights at the Hanbury Ballrooms and the seaside. It got us to thinking about a book by E.O. Wilson, “The Meaning of Human Existence,” Musing about gossip
being a social tool that holds groups together. We thought about the stories of some of the oldest inhabitants in the world, the stubbornness and social support of old Italians living beyond a century.

Looking in from the outside Saint Tropez in France represents a kind of Xanadu playground for the rich and famous, another walled city, off-limits to the commoners.

Only these walls are large price tags on antiquated farmhouses. Why then does it feel of consequence to the rest of us? It’s not that there is any biological difference between people but it certainly seems different. Wealth, opportunity, culture, beliefs…In the recent past we’ve noticed when in conversation with friends there are some in the groups who bluntly state that we aren’t supposed to mix with simply everyone. Friends in the queer scene admit that they now perhaps would just rather be left alone…like an island, than mingle into one big super utopia.

But as we slowly gathered ourselves, we wondered how to reconcile losing everything when it seems the whole world wants to be apart. If we don’t belong to anywhere or anyone then what’s the use?

Now we moved apart for the meantime, not because we wanted to stop but because we are able to change without fear of losing anything. Separated by the ocean, our band feels like a missive. We want to expand our world and the only way that makes sense is to get deeper into the world itself. Living in both Malmö and Los Angeles feels like a ridiculous anecdote, but in truth it is just a product of the times. Transnational Professionals. The song Constant Change is our way of explaining what it means to us to do something different. To sing about how it feels to start the next part of life.

Even though we wanted to broaden our lives, we also wanted to make a record that sounded closer than ever. One of the most important aspects to this band is trying to feel connected as we play and sing. These songs represent our best alchemy, the best way to make music that sounds like two people really inhabiting the same song. Listening to the changes”.