Music World will release ‘I Am…Yours – An Intimate Performance At Wynn Las Vegas’ – a concert performance DVD and Live CD that captures a never-before-seen performance from iconic artist, Beyonce.

Filmed at the Encore Theater at Wynn Las Vegas, this extraordinary concert features performances of over 30 songs from Beyonce’s three multi-platinum solo releases, Destinys Child catalogue and a few surprises. This amazing concert includes the #1 hits, ‘Single Ladies (Put A Ring On It)’, ‘If I Were A Boy’, ‘Halo’, ‘Sweet Dreams’ and showcases an incredible performance of ‘Thats Why You’re Beautiful’. 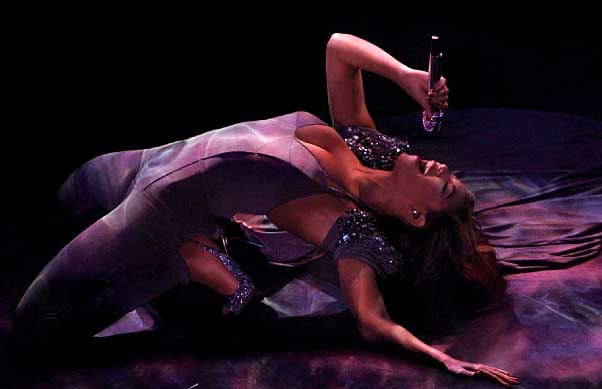 Recorded on August 2, 2009 during a sold out four-night stint at the Encore Theater in Las Vegas, ‘I Am…Yours – An Intimate Performance At Wynn Las Vegas’, will be available on Blu Ray and Deluxe Edition 2CD/DVD.

Before wrapping up her 2009 ‘I AM…’ World tour, which recently included dates in Japan, China, Russia and Korea, BeyoncÃ© is currently in the UK this month for several performances, including three nights at the renowned O2 Arena in London. On October 2, BeyoncÃ© was honored as Billboard magazine’s ‘Woman of the Year’ at a luncheon held in New York City.

The Woman of The Year honor comes fresh off the heels of the 2009 MTV Video Music Awards where Beyonce received a staggering nine nominations and walked home with the biggest award of the evening, ‘Video of The Year’ for ‘Single Ladies (Put A Ring On It)’. She was also the most successful artist at this years EMA’s where she won an incredible three awards for ‘Best Female’, ‘Best Song’ for ‘Halo’ and ‘Best Video’ for ‘Single Ladies (Put a Ring on It)’.
www.beyonce.com
www.musicworldentertainment.com

Beyonce I Am Yours An Intimate Performance (Live At The Wynn Las Vegas) [90 Mins] – Watch more Music Videos at Vodpod.