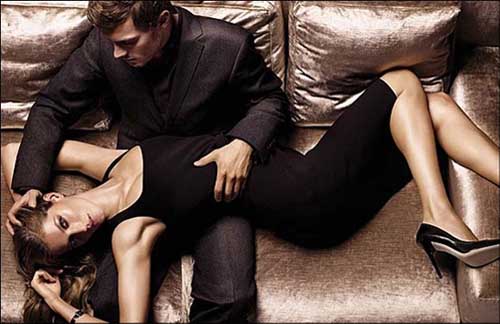 The deal was done after Aquascutum’s marketing team saw the band play a gig in Soho and loved it. They took a CD and played it to the bosses who snapped up the deep and dirty rock sound to represent the classic style and cutting-edge fashion collection.

Steve Coomber, The Trophy Hearts singer, said: ‘The Fashion industry is sitting up and taking notice of real rock music, the music industry won’t be far behind. It’s cool of Aquascutum to take a risk on an unsigned band. It’s a cracking video and Gisele looks alright too.’ 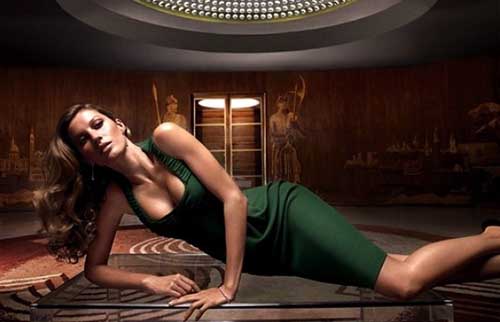 Alex Emery, lead guitarist, said: ‘Aquascutum are lucky, we wouldn’t let any old fashion company use our song. Gisele can even have a CD for free if she wants.’

Kristian Heath, the bassist, said: ‘Our music is tuneful but dirty, you know for drunk people to rock out to. It’s weird to see it in a glamorous fashion vid. It’s so good man, I can’t believe it.’ 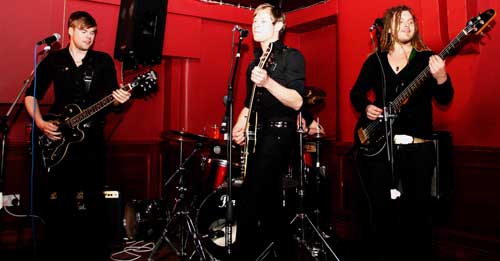 Dave Card, the drummer, said: ‘Thanks Aquascutum. We’re going to keep working hard on the music to get it even better.’

The backstage footage of the photo shoot by top photographer Michael Thomson and styled by i-D magazine fashion director Edward Enninful blends seamlessly with the rock sound of the Trophy Hearts.

To have a look at it go to: net-a-porter.com/Content/Aqua_Ad

To hear the full song ‘Cars Collide’ and others have a look at: myspace.com/thetrophyhearts