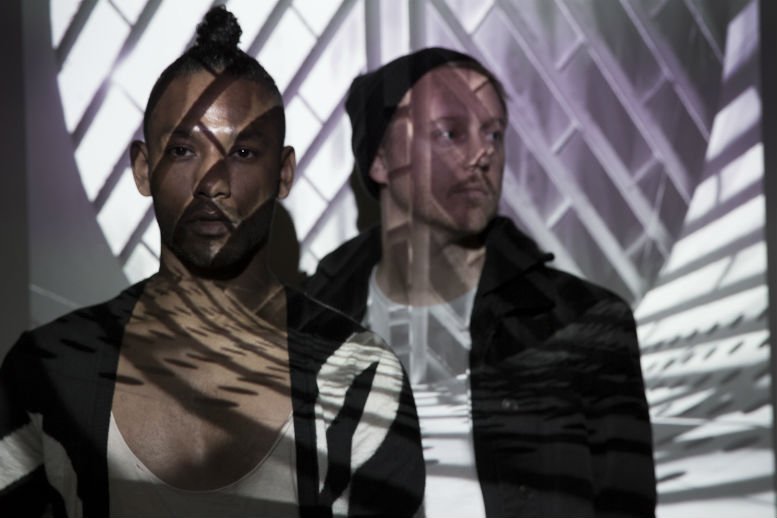 Their debut EP ‘We Were Kings’, out now via Taiyō Records, it’s a collection of sophisticatedly produced, seductive Alt-Pop tunes. The 4-track EP is mastered by Mandy Parnell and mixed by Neil Comber, Donald Clarke and SUNS themselves.

Here’s the video to accompany the irresistible title track ‘We Were Kings’…”A song that’s heavy with the burden of nostalgia. Reflecting on a hedonistic relationship, it tries to recapture those moments where it seemed the sun would never set. It’s a celebration of the dizzying highs, grappling to make those moments last and finally coming to terms with the cruel transience of it all…”

First up, why did you call your project Suns? Is there any interesting story behind it?

Andy: The name was inspired by binary stars, which are stars or ‘Suns’ that coexist in the same system and rotate around one and another.

Michael: Andy had been reading about them around the time we needed to come up with a name and it seemed to fit with our ethos. It was compounded by a vague interest in early pagan sun worship and the fact we never left any party until a new sun was high in the sky. Everything just pointed towards that name.

Can you talk about your EP ‘We Were Kings’?

Michael: For this EP we wanted to show the breadth of our sound. There’s contrast in instrumentation, density, sparsity and the different shades of the pop spectrum in which we like to operate. But our sound runs through it all.

Can you tell us 5 things we should know about Suns?

Michael: 1. We’ve experienced everything we write about first hand and we try to be brutally honest in the recount.

2. Andy spent some time growing up in Africa and my family originate from the Caribbean. Our music draws some influence from sounds and rhythms from these regions.

3. We’re very proud of our live shows. We give everything in the pursuit of real magic and no two performances are ever the same.

4. We live round the corner from each other and spend a lot of our free time together.

5. We’re contemplating getting a studio dog.

Andy: We started around 2 years ago when we met at a friend’s place. We were both making music separately and decided to try something together.

Thankfully neither of us knows when to call it a night, so we met on the plains of denial, and started work straight away

Andy: Each of us has their own influences and they are pretty varied. I guess we came together over a love of pop music and electronic/dance music. When making this EP we were influenced quite a lot by moloko, m83, SBTRKT, The Knife and a lot of West African sounds and instruments.

Michael: We’re inspired by acts like LCD Soundsytem and The Talking Heads.

Acts that successfully married electronic and live instrumentation. And we find ourselves in awe of Scandinavian artists like Niki and The Dove who elevate pop to something wildly beautiful. What happened to them?!

Andy: I think it’s got to be our friends and family. We have been very lucky to have had help designing artwork, choreographing dance, directing and editing videos, performing with us, and just being a fresh pair of ears. I think this would be a very different and not as interesting a project for us without everyone’s help.

Michael: Yes. Haha. It is hard. But it’s what we love so wotcha gona do?

Andy: Yes and no. As with a lot of artistic projects it’s certainly hard to find the funding to support what we do and what we want to make. But I think it’s a lot easier to do things yourself than it was before. With this EP we’ve set up our own studio, written it and managed it ourselves. From working with different mix engineers, mixing some ourselves, working with mastering, PR and then releasing it on our own label. There is something quite refreshing about that and I think it’s a good place for us to be right now with this EP.

Following this we now hope to start working with more people such as established labels that can help us develop more, as the one thing that doing it all yourself adds to the equation is loss of time.

Michael: True. I think we have developed into the project we want to be, so now seems like a good time to look at getting in to bed with labels and bigger team.

Michael: So many! It would be cool working with Anthony Hegarty. He’s really inspiring and his voice is transcendent. I love his collaboration with CoCo Rosie, and I will never tire of Blind (Hercules & Love Affair).

SBTRKT, Kelela, Twin Shadow, HONNE, the list goes on and on…

Andy: Maybe another producer could be fun and to see what they would bring to the table. I’ve always been a big Cassius and Zdar as a producer. He’s done some great stuff so he would be pretty fun to work with. Working with someone like Switch would be a dream come true as well..

Andy: Lots more music! We’re already working on a load of new music and hopefully there will be a few collaborations in the coming months….

Michael: We also have some other creative collaborations in the pipeline that we’re very excited about, so there’s plenty more to come.