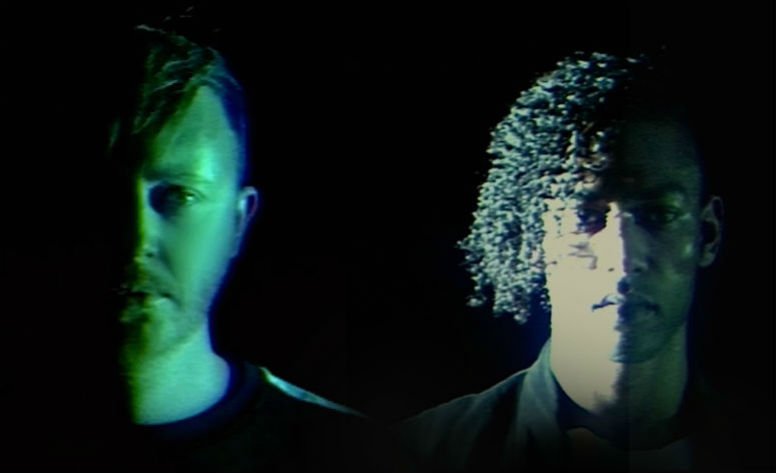 London-based duo SUN – producers Andy McDonnell and Michael Tyrell – define their sound as “an alternative approach to pop, influenced by electronic music, art & ‘Scandi-Pop’. Following last year’s debut EP ‘We Were Kings’, they return and present to FM some more of their sleek and seductive electro drenched alt-pop offering, with their new single ‘Catalyse’.

The single comes with a (soon to be unveiled) video directed by Price James and it’s accompanied by remixes from fellow London producers WYTE LABL and Light Falls (Formerly Attaque).

Still recovering from Glastonbury. It’s a long and muddy road back to normality, I was getting there one takeaway at a time, but then the flu got me. Arghhhh. Nearly better now though.

We’ve written some new material and worked on a new live set; We did our first live session on BBC Radio London; and we shot a great music video with director Price James, which is something I’ve wanted to do for years. It’s been busy.

Tell us all we should know about your new track ´Catalyse´ and the Price James-directed video.

It’s a celebration. It tells the journey of experiences that could be considered to be quite dark, but it embraces them all and celebrates them without judgement. Like I said, I’ve wanted to shoot with Price for ages. We had discussed making a video for We Were Kings, but timings didn’t come together. It worked out for the best though because we shot a great video for Kings and now we have him on board for this vid.

Catalyse´ has that kind of vibe..”that harks back to the day it all began”. Please tell us more…

Haha. I wanted to keep this to myself really, but you’ve caught me on a day where my guard is down and brain is failing. So, yeah, essentially it’s about my first gay relationship, but also about friendship, love, drugs and sex and self-acceptance. It’s inspired by a day that started on the bank of the Thames, hanging out with a big group of friends. We were doing all the things you do when you’re pushing boundaries and taking in new experiences. I hadn’t partied like that before so the whole thing was quite amazing. We danced all night, moving from the river, to the park, to the pub, etc., and I ended up going home with a guy I knew for the first time. We all shared something special that day, and somehow it reshaped us all, be it sexual awakening; party habits; addictions, whatever. There’s definitely good and bad, but that day has left its mark on us all and I wanted to acknowledge it/celebrate it.

After the remixes from fellow London producers WYTE LABL and Light Falls (Formerly Attaque), If you could collaborate with anyone, who would it be?

I’d love to perform with MØ. Love her vibe on stage. There would be lots of gyrating and dropping to the floor. That would be fun.

I’m trying to listen to Albums again. I kind of stopped to be honest. The quick turnaround of music means that it can be difficult to make time to appreciate a whole body of work instead of cherry-picking a couple of tracks. But this year I’ve really liked Hopelessness by Anonhi and Rihanna’s Anti.I’m quite excited about the new Shura album too. I loved the last one and I think the new one just came out. Same with Blood Orange‘s Freetown Sound.

The waiting. There’s so much that needs to be put in place to make anything happen and the waiting is exhausting. I’m impatient at the best of times, but I think anybody would find it difficult really.

Yes. We have put some work into performing as a duo. We love having other musicians on stage with us. It adds to the energy you feel on stage and it’s nice to have more people to connect with up there…you get to join the party. But we wanted to make it easier and more mobile so the duo show is all polished now, so you’ll be seeing lots of us both as a pair…but we’ll still be doing shows with the support band as well of course.

We have another single that we’d really like to share, so we’re just working out logistics for that. It would be nice to do another EP as well. We have a lot of music and there are a few tracks that people keep asking us to put out, so yeah, that could be coming up too.

Then lots more shows! Come check it out.