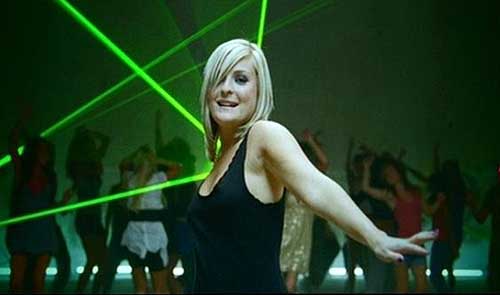 Fronted by dance mistress Molly Smitten-Downes, Stunt burst onto the dance scene in 2008 with debut track Raindrops(Stu nt Vs Sash!) which became a massive UK top 10 hit and the most requested dance track on commercial radio on America’s West Coast.


Their follow up single I’ll Be There is set to pick up where Raindrops left off and is already being championed by national music channels including MTV Dance and 4 Music entering the TV airplay chart at number 39.

The video for the single has notched hundreds of thousands of online views and those who look carefully will catch a glimpse of Page 3 stunner Jakki Degg strutting her stuff.

I’ll Be There is a classic dance track with Molly’s powerful vocals, infectious beat and remixes in abundance from All Around the World stars Ultrabeat and Clubstar to the incredible Real Booty Babes mix) making this a guaranteed floor filler.

I’ll Be There showed its dance-floor power when it took the top spot in both the Pop Club and Club Breakers chart.

Their debut single Raindropswas supported by Radio One, Capital, Clubland TV, MTV and the Box, peaking at number 8 in the UK single chart and going on to sell in excess of 200,000 in the UK alone, remaining in the top 20 for 6 weeks.

The video on youtube has now had over 4.5 million views. The former Number One Music Week Pop Chart track helped drive Sash’s album into the Top 10 Artist album charts selling more than 400,000 copies and going platinum.

Stunt are no strangers to touring having paraded their powerful live performance to no less than 85,000 eager fans on the Live Arena 2008 Tour and recently completing the Ministry Of Sound Dance Nation Arena Tour 2009 playing to around 80,000 people.
I’LL BE THERE OUT JUNE 8TH
On ALL AROUND THE WORLD
www.stuntofficial.com / www.myspace.com/officialstunt
Stunt’s tour continues in Britain and abroad with dates including:
May 29th The Rig Aberdeen
June 13th he Ice Factory Perth
June 26th Velocity Perth
June 27th Fubar Falkirk
June 28th BCM Magaluf
June 30th Es Paradis Ibiza
August 16th BCM Magaluf
August 18th Es Paradis Ibiza
Stunt’s album is schedule for release in September 2009