Students living in Belfast will be in with a chance of pocketing Â£2,000 thanks to a city council incentive to get them recycling.

Belfast City Council has teamed up with Victoria Square to launch the latest phase of its â€˜Waste â€“ time for actionâ€™ campaign, which will focus on boosting recycling rates in the university area. 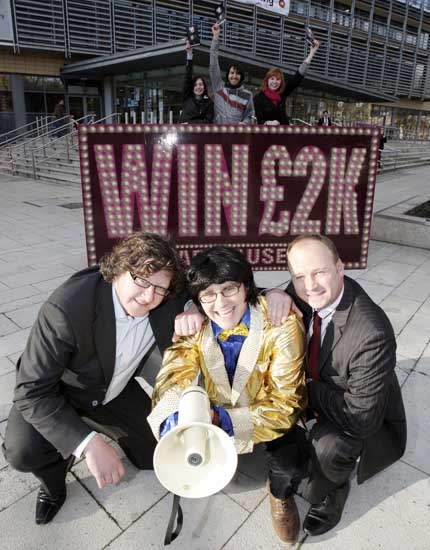 From today, staff from the councilâ€™s waste management service will be monitoring recycling in areas of south Belfast with a high student population, and a share in the Â£6k total prize fund is up for grabs for the best-performing houses.

During the 10 weeks of the campaign, a series of spot checks will identify 40 student households that have been using their recycling bin or box correctly. These households will win a Â£100 gift card to use at Victoria Square, as well as a lucky â€˜golden ticketâ€™ entitling them to take part in a grand final quiz and be in with the chance of winning a Â£2,000 gift card that can be used in all stores and restaurants. 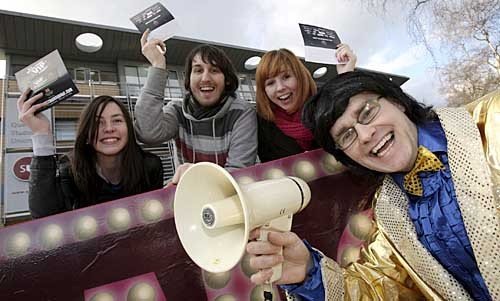 Councillor Pat McCarthy, chairman of the councilâ€™s Health and Environmental Services Committee, said: â€œWe donâ€™t want to tar all students with the same brush because some are very good at separating out their waste and recycling; but our research does show that in areas of Belfast where there is a high student population, recycling rates are lower than in other parts of the city.

â€œWhen the new university term starts, our staff work very hard at trying to raise awareness about the councilâ€™s â€˜reduce, reuse and recycleâ€™ campaign, and provide information and advice on how students can better manage their waste â€“ particularly as there can be five or six people sharing a house, which makes it even more important to take advantage of the doorstep recycling facilities that the council provides.â€

Councillor McCarthy said every household in Belfast had a part to play in helping to improve the cityâ€™s recycling rates.
He added: â€œLast year our recycling rates reached 27 per cent so Belfast is on the right track, however we need to embrace the â€˜reduce, reuse and recycleâ€™ message and really try to manage our waste properly â€“ recycle what we can, and also reduce the amount of waste we are sending to landfill. Everyone has an important part to play in driving up Belfastâ€™s recycling rate, and I hope this competition proves a real success and will get students in the recycling habit.â€

Hugh Black from Victoria Square, sponsors of the competition, said: â€œWe are delighted to be supporting Belfast City Council in their efforts to raise awareness of recycling. Students are an important target audience as they are the next generation, and itâ€™s important that we all take responsibility for protecting and improving our environment, and think about ways in which we can â€˜go greenâ€™.â€

Full details of the competition are available on the council website www.belfastcity.gov.uk/win2k