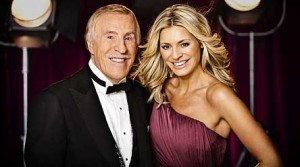 The nation’s favourite dance extravaganza returns as Strictly Come Dancing is back for its sparkling seventh series on BBC One.

Once again hosts Bruce Forsyth and Tess Daly will be guiding viewers through the glamour and the glitz, the tears and the twirls, as an exciting mix of 16 celebrity contestants battle it out to be crowned Strictly Come Dancing Champion 2009.

And this year the UK’s biggest and brightest dancing show is set to be better than ever with two new faces to the judging panel and three new professional dancers.

After months of speculation, the BBC is delighted to finally confirm the celebrity contestants hoping to win over viewers with their show stopping dance movesâ€¦
For the women

Ali Bastian â€“ actress and star of police drama The Bill, who will be dancing with Brian Fortuna 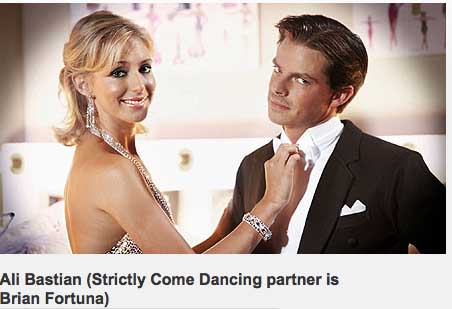 Lynda Bellingham â€“ actress and TV presenter, who will be dancing with Darren Bennett 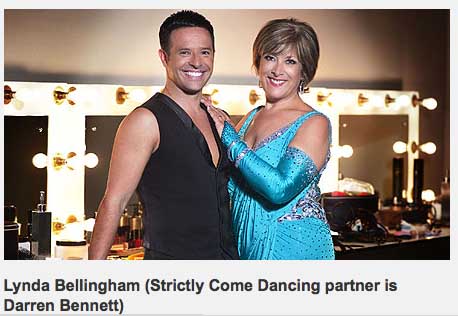 Natalie Cassidy â€“ actress and former EastEnders star, who will be dancing with Vincent Simone 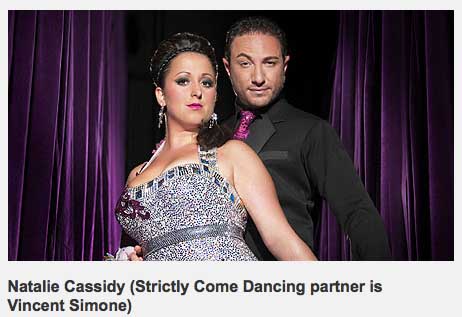 Martina Hingis â€“ former professional tennis player and women’s world No. 1, who will be dancing with Matthew Cutler 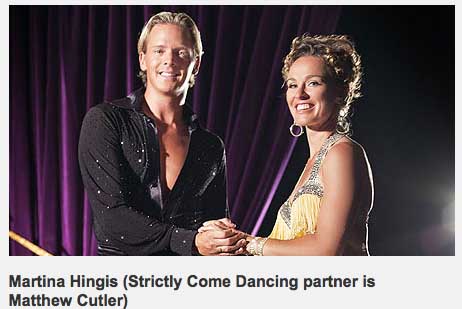 Jade Johnson â€“ long jumper and Olympic athlete, who will be dancing with Ian Waite 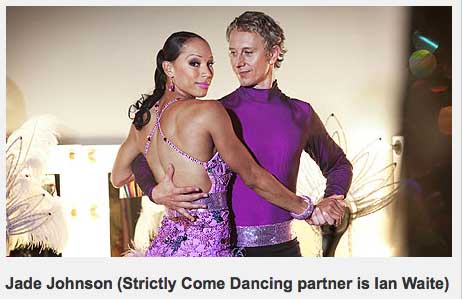 Zoe Lucker â€“ actress and former star of Footballers’ Wives, who will be dancing with James Jordan 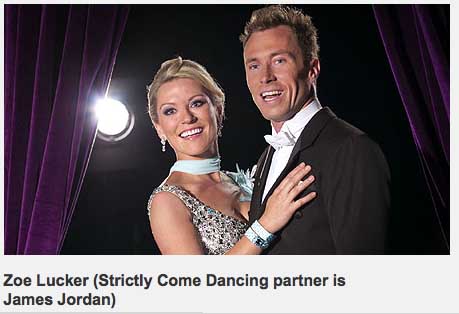 Laila Rouass â€“ actress and former star of Footballers’ Wives, who will be dancing with Anton Du Beke 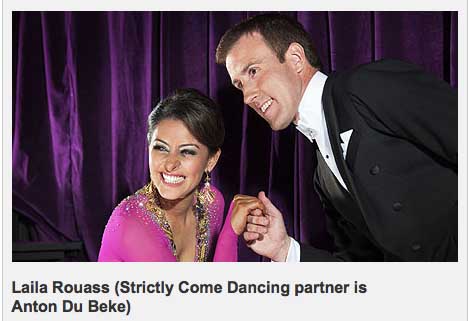 Jo Wood â€“ model and businesswoman, who will be dancing with Brendan Cole 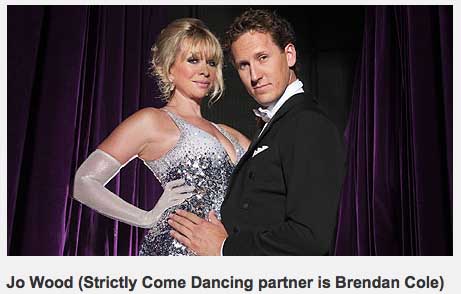 For the men
Joe Calzaghe â€“ Britain’s only undefeated boxing world champion, who will be dancing with Kristina Rihanoff

Ricky Groves â€“ actor and EastEnders star, who will be dancing with Erin Boag

Craig Kelly â€“ actor and Coronation Street star, who will be dancing with Flavia Cacace

Phil Tufnell â€“ former cricketer and TV presenter, who will be dancing with Katya Virshilas

Ricky Whittle â€“ actor and Hollyoaks star, who will be dancing with Natalie Lowe

Rav Wilding â€“ TV presenter, who will be dancing with Aliona Vilani

And, with each couple having to dance two dances in their first week, the pressure to perform is on from the startâ€¦

Friday night will be Ballroom night where the first eight of the celebrity contestants and their professional partners will be put through their paces dancing either a waltz or a tango.

And Saturday night will be Latin night where things will hot-up even more as the same couples perform a cha-cha or a rumba.

Dancing in the first week are:

At the end of Saturday night the judges’ scores from both dances will be combined and viewers will then be able to vote for which couple they want to stay in the competition.

The two couples with lowest scores from a combination of judges’ points and audience votes will then face each other in a dance-off.

After both couples have danced again the judges will decide which one couple is safe and who will be waltzing off home.

The following week, rising to the challenge are:

And again one couple will be out of the competition.

On Friday nights viewers will be treated to the 16 professional dancers performing a group medley, while the couples who are not competing will also strut their stuff in a group dance.

From week three the series will move to Saturday nights only where viewers can get their Strictly fix in a bumper show with the dances, voting and the results in one episode.

Back to give their opinions on the couples’ performances are judges Len Goodman, Craig Revel Horwood and Bruno Tonioli.

This year they are joined by two new faces in the form of singing sensation and former Strictly Champion Alesha Dixon and world-renowned ballet dancer Darcey Bussell, who will appear as a guest judge in the last three shows of the series.

A change to the scoring system, and how points are awarded in the event of a tie in judges’ scores, means that should there be a tie any one couple can be saved from the dance-off, and no one couple is safe.

Legendary host Bruce Forsyth says: “It’s an exciting line-up. Here we go again, I do hope you’ve all missed us!”

While queen of the posh frocks Tess Daly says: “The line-up for this series is possibly our strongest yet and I can’t wait to see all our couples together on the dance floor. Bring on the battle of the ballroom!”