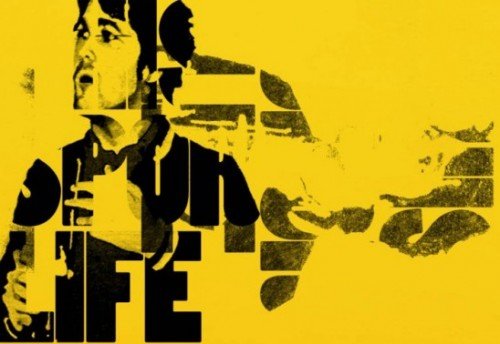 Listen to Yorkshire performance poet Skint & Demoralised (Matt Abbott) – The Lonely Hearts Of England / 43 Degrees taken from the new album ‘This Sporting Life’. Skint & Demoralised – The Lonely Hearts Of England / 43 Degrees (single) by Heist Or Hit
‘This Sporting Life’ is a record owing more to cinematic and literary sources than musical ones.

Lyrically it aims to capture first of all the uncertainty and insecurity, and then second of all the untouchable joy, of a new relationship.

Just as the album title suggests, inspiration for This Sporting Life’s lyrical themes stem from the British new wave of cinema in the early 60s; ‘kitchen-sink’ dramas that were based in typically grim Northern towns, documenting the classic “angry young man” character and focusing on romance, social politics, coming-of-age and the general struggles of young working class people.

“The themes touched upon in the likes of ‘Saturday Night and Sunday Morning’ and ‘A Taste of Honey’ are as relevant now as they were when they were written in the late 1950s, and it’s these themes that I love to try and replicate. No matter how politics and technology changes, these are the issues that will continue to dominate our lives for another 50 years to come”.