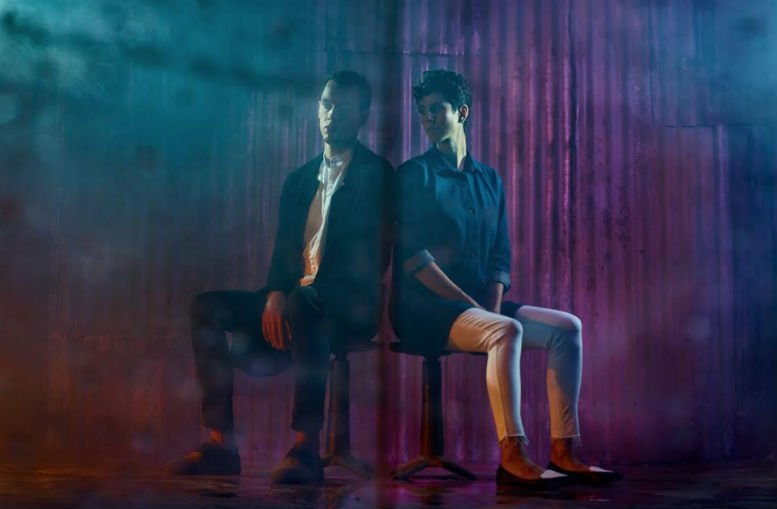 How are you today Phil and Marinda?

We’re well, thanks how are you? We’re back in Toronto now, writing, rehearsing and awaiting news of our November tour dates.

‘Sometimes’ is our first single. It’s been on digital release since July. Producer Steve Brown recorded it, along with the other songs from our upcoming EP. The feedback has been great, we’re really pleased. We had a lot of fun with synths and a string quartet came in too.

For years we worked with different people and it wasn’t harmonious. The tone and range of our voices are very different, but somehow they are harmonious. It’s strange.

Is there any interesting story behind the name Stranger Stranger?

When we were little, we both wrote a song called ‘Stranger’. Marinda’s one was better.

Can you reveal anything about your upcoming debut EP?

It’s called ‘Sometimes’ and it features 4 of our songs. The release date is yet to be set, but the songs will trickle out from now until early next year on radio and online.

You went from busking to international headline slots…What are your dreams and goals now?

We’re looking forward to the release of our EP. We’re also recording new material. But most of all, we’re ready to go on a nice, long tour.

Perhaps travelling is the biggest inspiration. It sounds plain, but visiting a city you’ve never been to before, being in a place for the first time, watching people go about their business, it’s stimulating. Also, listening to a good album or EP, or discovering a body of work by an artist you’ve never heard of, that’s inspiring. And films. A lot of people have called our music ‘cinematic’. That’s probably because we love films.

It’s a long process of building and then scrapping. We might write four songs until we write one that’s strong enough to stand up. The process is long and private. We do bits individually and we do bits together. But there isn’t a set formula because I think we’re afraid things might sound too similar if we did that.

We’ll be back in november for a load of gigs. a lot of TBC’s at the moment but we just had conformation we will be supporting Ed Motta at the jazz cafe on the 3rd november in London which will be great.

You should be there because you’ll get a preview of our EP and the live stripped down versions are even stranger than the recorded ones.