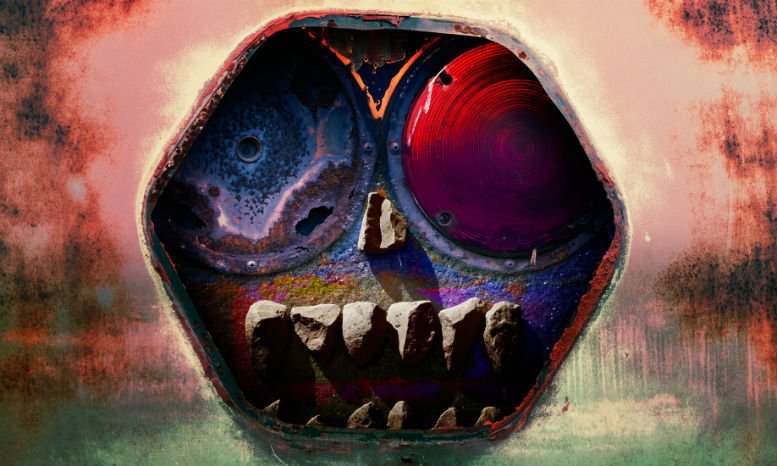 Canadian duo Strange & Primitive are an odd, if not, interesting prospect and their self-titled debut album’s filmic quality and multifaceted layers are intriguing to say the least.

Single and opener ‘Difficulties Be Damned’ is like a trippy journey into space. Tribal beats and dark melodic layers crescendo in unison but just when you think you know what to expect, Strange & Primitive’s Jeff Musgrave and Graham Fish flip everything round on its head.

The band cite Talk Talk as a big influence on their sound and it’s on ‘Eureka’, where you begin to hear this seep through with Musgrave’s vocals reaching skyward towards a heart pounding end that will make you want to press repeat.

‘Highwayman’ is definitely the band’s ‘Tron’ moment and it’s here where the band find their greatest strength – those layers of sound are becoming Strange & Primitive’s signature with cleverly arranged synths, beats and heartfelt vocals gliding the music. ‘I Don’t Like Music’ takes the darker elements of 80s pop and filters them through S&P’s kaleidoscope of sound and, again, those epic vocals.

The band’s trademark is reflected in the journey the album takes as a whole. The duo build, crescendo, soar and land gently, with precision, each time. The latter half of the album definitely feels like the band’s ‘landing’ as the tracks are a more relaxed take turn – ‘The Heart’s Own Wax’ and ‘Shapes, Shades And Primary Colours’ being prime examples, in keeping with their penchant for gloomier side of the 80s.

Strange & Primitive’s still feel like a band finding solid roots to grow but this debut effort is a very strong start. They do dark, atmospheric electro pop to perfection and it’s an exciting indication of where the duo may go next.