Sting, accompanied by the Royal Philharmonic Concert Orchestra, will extend his world tour to Europe and the UK this autumn.

The Symphonicity tour, commencing in Vancouver on June 2, followed by sold-out performances across North America throughout the summer, will find Sting performing his most celebrated songs re-imagined for symphonic arrangement. 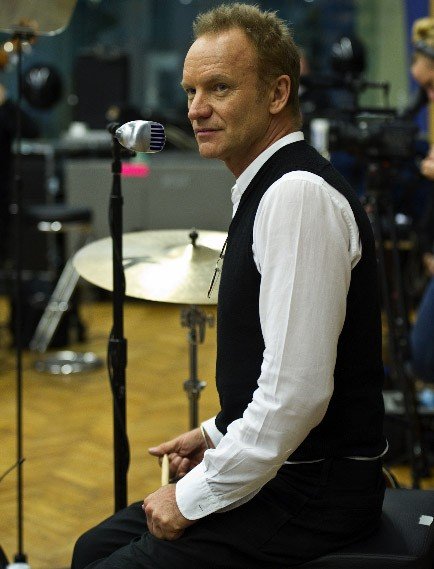 Presented in a variety of settings, the European tour will begin September 3 at Osloâ€™s Konserthus followed by a September 5 performance at the Royal Theatre in Copenhagen.

On October 5, Sting, accompanied by the Northern Sinfonia Orchestra, will perform a special concert at the Sage Hall in his hometown of Newcastle, England. 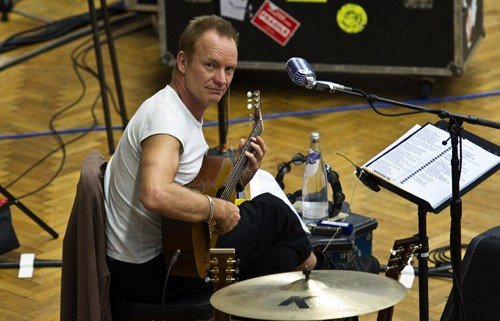 Also announced today are performances at other prestigious venues such as Londonâ€™s Royal Albert Hall on October 1, Teatro Verdi in Florence on October 25, Teatro Arcimboldi in Milan on November 2, and Santa Cecilia in Rome on November 10.

Additionally, September will find the tour making stops in Stockholm, Helsinki, Berlin, Koln and Paris, followed by concerts in Dublin, Nantes, Antwerp, Hamburg, Frankfurt and Stuttgart throughout October, with additional performances in Turin and Vienna in November.

The new studio album serves as the ultimate commemoration of the live concert experience, with the first single, â€œEvery Little Thing She Does Is Magicâ€ is out.

Additional highlights include fan-favorites culled from The Police songbook such as â€œRoxanneâ€ and â€œNext To You,â€ as well as songs from Stingâ€™s enduring solo career including â€œEnglishman in New York,â€ â€œI Burn for You,â€ â€œWhy Should I Cry for Youâ€ and â€œSheâ€™s Too Good For Me,â€ among many others.

Stingâ€™s interest in collaborating with an orchestra began in 2008 following an invitation to perform with the legendary Chicago Symphony Orchestra.

After reworking selections from his expansive catalog, Sting joined the orchestra in a performance that left an indelible mark on him.

Eager to explore the possibilities of further symphonic collaboration, Sting was excited when the Philadelphia Orchestra asked him to join them in commemoration of the 153rd anniversary of the Academy of Music.

â€œPerforming with both the Chicago Symphony Orchestra and Philadelphia Orchestra was truly a highlight of my career.

Iâ€™m delighted by this new opportunity to tour with the Royal Philharmonic Concert Orchestra, having a whole new palate of musical colors to work with and reinventing the songs that have been the staples of my live performances for over thirty years,â€ commented Sting.

The 45-piece orchestra will be featured on all North American concert dates of the tour.

Sting will also be joined by a quartet comprised of Dominic Miller (Stingâ€™s longtime guitarist), David Cossin (a multi-percussion specialist in new and experimental music and featured member of the Bang on a Can All-Stars), Jo Lawry (vocalist) and Ira Coleman (bassist).

Stingâ€™s first venture into the classical realm began with the success of his #1 album “Songs from the Labyrinth,” a lute-based interpretation of the music of 16th century composer John Dowland, released in 2006 on Deutsche Grammophon.

After completing the enormously successful Police reunion world tour, Sting returned to pursue his passion for uniting musical genres with his most recent release “If On A Winter’s Night…” which debuted at #1 on Billboard’s classical chart.

The tour is promoted by Live Nation and produced by RZO Entertainment, Inc. in association with Universal Music Classical Management & Productions and presented by Xerox.

â€œWe are thrilled to be a part of bringing this exciting and unique tour with Sting to the world,â€ said Arthur Fogel (CEO/Chairman Live Nation Global Touring).

â€œThe arrangements, combined with Stingâ€™s brilliant songwriting and musicianship, will no doubt result in a magical evening of music.â€
.
Our global sponsorship of Sting’s 2010 world tour offers an opportunity for Xerox to showcase not only Sting’s legendary talents but also the real business of entertainment,” said Christa Carone, vice president, Marketing and Communications, Xerox.

“Every great performance depends on a smoothly run backstage and that’s the role Xerox plays behind the scenes with our customers today.

Our technology and services will support the needs of the tour so that they can focus on what they do best: giving Sting’s fans around the world a magical evening of music.”

American ExpressÂ® Cardmembers will have the exclusive opportunity to purchase advance tickets to An Evening with Sting featuring the Royal Philharmonic Concert Orchestra, Conducted by Steven Mercurio, presented by Xerox for concerts in Italy, the UK, France, and Spain.

New Sting Album, SYMPHONICITIES, to be Released this Summer on Deutsche Grammophon

First Single, â€œEvery Little Thing She Does Is Magicâ€ is out now.