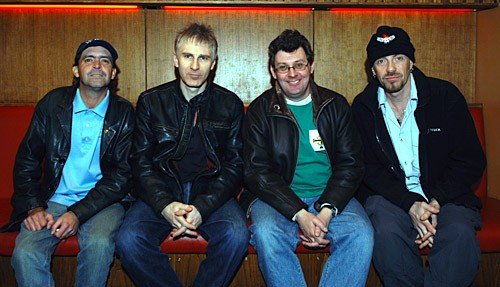 Stiff Little Fingers return once more to The Ulster Hall, a venue they have sold out on many occasions across the decades and which has become synonymous with the band.

It’s where some of their finest shows have been documented for record and film, most recently the 2007 Don Lett’s produced Still Burning dvd.

Stiff Little Fingers were at the forefront of the punk movement, enjoying six successful years in the UK and further afield, releasing three further studio albums â€“ â€˜Nobody’s Heroesâ€™ (1980), â€˜Go For Itâ€™ (1982) and â€˜Now Thenâ€™ (1982) – before Jake Burns took a sabbatical to work as a BBC Radio One Producer.

SLF reformed in 1987, playing bigger shows than ever, including twoÂ sold out Brixton Academy gigs.

This persuaded Jake to make the reunionÂ permanent. They’ve been touring and making records since.

Some faces have changed over the years, but Burns and original bassist Ali McMordie remain up front in the current lineup.

Standing tickets are available for over 16s only.