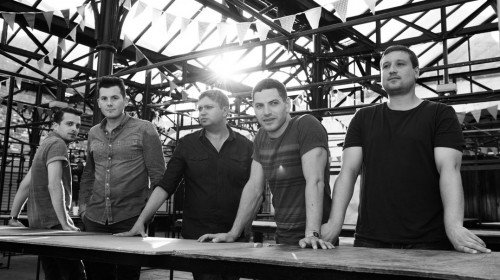 The track is produced by Grammy winning Matt Lawrence (Magnetic Man, Emeli Sande, Mumford and Sons) and mastered by Stuart Hawkes at Metropolis (Chase and Status, Example and Pendulum).

Stickman Cartel’s singer Ben Friedman explains: “We chose Accolade as our debut single as it’s the perfect introduction to our style of music, a song that blends the various genres of music that have influenced our writing.

It has always been one of the highlights of our live sets and with the help of Matt Lawrence we were able to retain the song’s energy on record.”

Check their uplifting live set in London on August 28th at the Waiting Room, Stoke Newington.