What, then, to do if you’re Stephen Fretwell and you’ve spent over a year of your life promoting Magpie, a slow-burning, gem of a debut album which moved and entranced in equal measures? When you’ve toured the world, baring your soul and singing your songs to anyone who’ll listen and a few who wouldn’t?
Simple. If you’re Stephen Fretwell, you take off to New York, a city you’re unfamiliar with and where you know nobody. 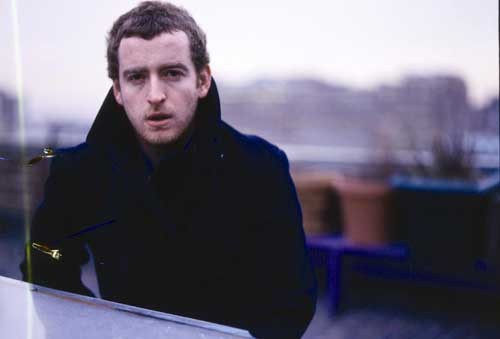 “Let’s be honest though,” he chuckles. “I hadn’t become a big star who’d had some big, grueling intense promotional bout. But, I felt a bit beaten up: I’d find myself at some celebrity-ridden thing and then the next day I would be home in my flat in Manchester without a pot to piss in. So I ran away to New York for a few months.” Magpie’s success (certified Gold in the UK) had surprised everyone, not least its creator.
“I was proud of what Magpie did,” he admits, albeit quietly. “In social situations I’d no longer be the scruffy kid in the corner. I’d now be the enigma in the corner.”

You’d like Stephen Fretwell and not just because he has a stock of libelous anecdotes about former boy-band members, an easy-going charm and he’ll laugh at your jokes if you kick his shins. No. In addition to his incredible talent, he’s terrific company – qualities that have attracted admirers such as film director Cameron Crowe, who sent him a rare vinyl copy of the Easy Rider soundtrack (Fretwell returned the compliment by sending Crowe one of the five vinyl acetates pressed of Magpie) and acclaimed British director Dominic Savage who used Magpie’s Play and New York in his film Love + Hate.

Stephen Fretwell, was born in Scunthorpe in 1981, a fact that belies the maturity and worldliness of his song-writing. These days, he’s mostly resident in Manchester, but he liked New York so much, he decided to make his second album there. “I like the anonymity of New York,” he admits. “Not in a fame way because I’m not famous, but in a life way, so I don’t have to deal with my family or friends. It’s like starting again. I’ve got new friends there, I haven’t made any mistakes, so they all think I’m a good person.”

An acquaintance in London thought Fretwell might be lonely in New York and suggested he give Eli Janney a call. As luck would have it, Janney, late of Girls Against Boys and producer of Garbage and Ryan Adams, was at home. The pair went for a drink. “I liked him instantly,” smiles Fretwell. “He likes getting wrecked, but he’s got some kind of Zen whereby he’s got two kids, a wife, a lovely home and a good thing going on and he’s just not bothered by it all.” Pleasant night aside, easing himself back into the writing harness wasn’t especially easy.

“I was beginning to think I needed something constant in my life. So I tried to write a book. It was rubbish. The truth of it was that I was just being a dickhead and I needed a good shake. So I gave myself one, which is always better than someone doing it for you.” Shaken and creatively stirred, out came some new songs, over a dozen of them in fact. He played them to his new friend. Janney said one was good, the rest were “shit” and a creative partnership was born.”I immediately thought ‘I’d like to work with you’,” smiles Fretwell. “He was very strict about what he thought was good, whereas everybody else was gushing. I thought ‘this guy’s pretty hardcore’.” Soon, the afore-mentioned “shit” was purged and Janney was on board as producer.

“Once we started, everything went fantastically well,” admits Fretwell. Once Fretwell’s songs had met Janney’s exacting quality control standards, they would record them cheaply, before doing proper sessions in the studio owned by Smashing Pumpkins guitarist James Iha (“a gentleman, he listened to us outside and then asked if he could do something, so he’s on the record”) and Fountains Of Wayne’s Adam Schlesinger (he’s on it too).
The result, Man On The Roof, will surprise people. It’s not as melancholy as Magpie, but it is just as beguiling. It’s the sound of a man moving on and embracing his own gifts. “I’d like to believe I don’t lust after fame, although something somewhere makes me do this,” he confesses. “What I really lust after is to feel like a creative soul.” There’s a rich vein of songwriterly talent here.

“The best way to write songs is a want to say something,” he explains. “It’s a bit like sex, sometimes you don’t know it’s happened until it’s finished. On this album I wanted to write certain character songs rather than songs of lost love or unrequited love or plain unnoticed love. There’s more flair about things.”

This means the lugubrious sway of Coney; the romantic The Ground Beneath Your Feet, “about redemption, about being saved by a woman”; while Funny Hat and William Shatner’s Dog are both about the same person. If you listen as closely as you should, you’ll even detect the recurring theme of “meeting a girl and getting cheered up by her”. Cheered up or not, the core of Man On The Roof stares deep into the heart of relationship darkness. Sleep and Coney concern adultery in body and mind respectively, while the couples in Bumper Cars and Darlin’ Don’t struggle to get past whatever first base is, but as Fretwell himself says, “it’s pretty coded”…

And what now for the man who is already planning album number three? Those rabid fans who ensured Stephen Fretwell sold out Shepherd’s Bush Empire in 2005 (“a great feeling after playing a lot of supports there, but my audience looks a bit cool for me “) are waiting and there are new fans desperate to be seduced. “I’m not interested in making a body of work,” he insists, “but I would like to make a lot of records and I would like them to be a progression. What I’d really like is for people to buy this one who didn’t know Magpie and then discover it for themselves.”
stephenfretwell.com
myspace.com/stephenfretwell