Their new album, is incidentally a triumphant rediscovery of the over-arching ambition and raw emotional power that made them such a special band in the first place. The group play The Spring & Airbrake on Wednesday 15th April 2009. 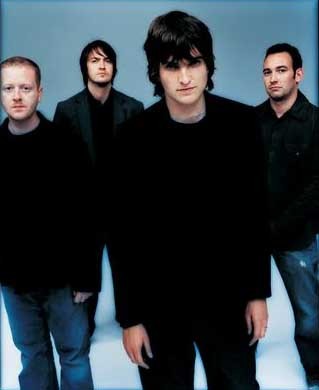 For a band often lambasted as shrinking violets, Starsailor have kept some pretty loose and unexpected company since they announced their arrival in 2001 with the majestic ‘Love Is Here.’ Then, as 19 year olds straight out of music college in Wigan, they found themselves hurled into the world of Heavenly Recordings – a label notorious for The Social, the good times and being friends with Primal Scream, Happy Mondays and The Charlatans. It was the legendary DJ Andrew Weatherall that provided their first remix. The band might have been signed by EMI, but it was Heavenly’s founder, the mercurial Jeff Barrett, that A+R’ed them through their first two wildly successful albums. Indeed, the second of those – 2004’s ‘Silence Is Easy’ – saw them become the last band to record with production genius and careless gun user Phil Spector. Not the kind of company you suspect that their supposed peers â€“ Snow Patrol, Keane et al – would ever keep.
And to bring things right up to date, their new album, ‘All The Plansâ€™, featured a recording session with notorious quiet man of rock Ronnie Wood. What might also come as a shock to some people is that along the way the band have sold over three million albums around the world and are one of the few British bands to have made it to the fourth album of their deal. Ever get the feeling you might have got the wrong end of the stick about them? If so, maybe nowâ€™s the time to reassess.
The early history of Starsailor is one of breakneck success followed by equally rapid opprobrium. The band received their first review the second time they performed in London back in the summer of 2000. It ended by declaring that Starsailor were the “New Coldplay,â€ and that â€œRecord companies should start queuing here.” Of course they did, and within 18 months, Starsailor – on the back of intense critical acclaim – found that they were one of the biggest new groups in the country – selling well over one million copies of their debut.
“The whole thing was amazing,” laughs Walsh now. “It was like being catapulted into a world of madness. There was no preparation for it at all. We never thought there would be any negativity towards us because for the best part of a year everything we read or heard about ourselves was incredibly positive. We were totally unprepared when the digs started coming.”
In retrospect, the very things that made ‘Love Is Hereâ€™ such a success were the very things that made Starsailor such an easy target. Its brash openness and sensitivity and the fact that it echoed musical legends like Neil Young and Van Morrison, rather than anything contemporary, were used as sticks with which to beat the band. They quickly became seen as outdated – eclipsed by a new wave of garage guitar acts led by The Strokes and The White Stripes. The speed and severity of this critical backlash was to inform pretty much everything the band did over the course of the next few years. 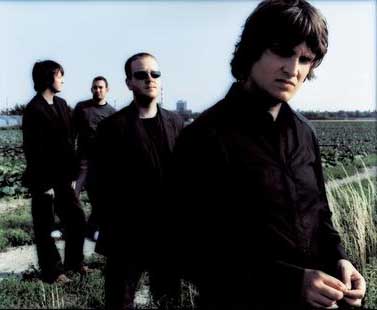 “I think perhaps we got a little bit too defensive,” admits Walsh. “We wanted to prove people wrong. Working with Phil Spector on the second record (he actually only produced two tracks before he was fired) and then making a more American sounding rock record (2005’s ‘On The Outside’) was just our way of trying to prove ourselves to our detractors. The new album is us realising that that was unnecessary and returning to the sound that we love and established us in the first place.”
Hence, ‘All The Plans.’ Once again recorded with producer Steve Osbourne, it’s an album that sounds like a band finally coming of age. Walsh’s elegant and resonant song writing is now matched by a vocal delivery and lyrical deftness that means he finally, really inhabits the songs.
The first single – ‘Tell Me It’s Not Over’ – is a taut, evocative number thatâ€™s undoubtedly one of the finest things Starsailor have ever written. The fact that it has its equals on the record – the brittle but sweeping ‘The Thames’ and the album’s epic title track to name but two – says everything about the increased consistency and skill of Walsh’s song writing. Walsh just shrugs at such talk. He thinks it’s completely understandable that the music is so different now.

“Before we hadn’t developed the personalities we have now,” he explains. “We were just kids from a college in Wigan who didn’t have a lot to say, except what we said in the songs. This record is the result of all the experiences we’ve been through good and bad.â€
And thatâ€™s the problem for those whoâ€™ve chosen to judge the band. In reality, Starsailor are a misconstrued British success story, and one that most people have only scratched the surface of. Not many bands make it to their fourth album and the ones that do, do so for a reason. James Walsh acknowledges that with a nod of his head.
“We’re all driven and we’ve had to show courage to get this far. We’re going to continue until weâ€™ve achieved what weâ€™d like to.â€ And you wouldnâ€™t bet against them. Theyâ€™re tougher than you might think.
myspace.com/starsailor
starsailor.net
STARSAILOR
The Spring & Airbrake
Wednesday 15th April 2009
Ticket Price:Â£16.00 (Subject to booking fee)
Doors:9:00pm
Support:TBC
TICKET DETAILS
In person:From 22 Ticketmaster outlets province wide / Katy Dalyâ€™s Bar
24hr hotlines:Tel: (NI) 0870 243 4455 (ROI) 0818 719 300
Buy online: geturticket.com / ticketmaster.ie