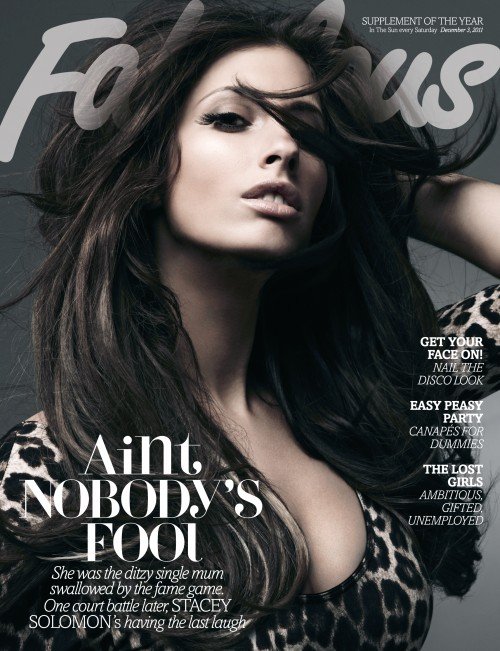 Dagenham queen Stacey Solomon reveals the truth to Fabulous about her X Factor experience for the first time: “After The X Factor I became part of a machine, I felt like a puppet. They could have told me to shave my head and I’d have said: Pass me the razor.”

A year after the series ended, she decided to move to new management; after being left with a huge legal bill she is now finally happy with her career!

Yummy mummy Stacey says that her pregnancy “was just a lovely surprise, we know the sex of the baby but we’re not telling anyone.”

Will there be the sound of wedding bells soon? Stacey tells Fabulous, “I’ve got a boyfriend who’s very anti-marriage so I don’t think it’s going to happen.” She also confesses, “I really want to get married, though…It’s every girl’s dream to have that big day, isn’t it?” Of course!

To read the full interview pick up your copy in this Saturday’s Sun.
fabulousmag.co.uk