Glamorous mother of four Stacey Jackson, has gate-crashed the dance music charts and her infectious floor-filling anthem I am a Woman is truly a call to arms for yummy mummy’s everywhere. 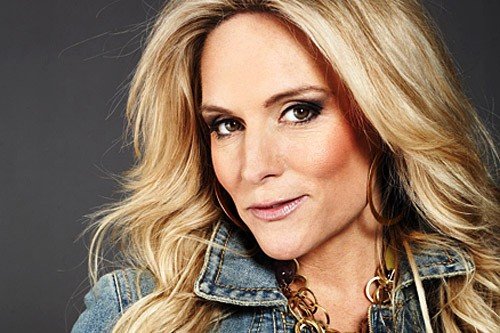 After raising four children, the 41-year-old Chelsea-based housewife decided to rekindle her passion for music and performance and the result is an album that has caused serious waves with its reinterpretations of classic Motown tracks for the 21st century.

WHAT KIND OF MUSIC DO YOU MAKE PLAY?
Pop and Rock

WHERE ARE YOU FROM?
Montreal, Canada but I lived in Manhattan for 10 years and now in London

HOW DID YOU GUYS GET TOGETHER AND WHEN?
I’m a solo artist but the band I play with is primarily made up of the same guys that tour with James Morrison.

In fact my musical director and producer is also James Morrison’s.

WHO ARE YOUR INFLUENCES MUSIC INDUSTRY?
I love everything from Motown to hard rock to hip hop and club.It think those that can pull from different sources & influences to create a new and different sound are probably at the top of my list.

That would be Linkin Park or Black Eyed Peas.

WHAT HAS BEEN THE HARDEST PART OF BEING AN ARTIST FOR YOU?
Touring, late nights and juggling a music career with marriage and four kids. 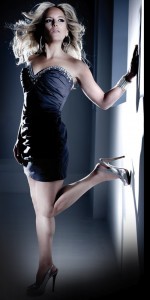 TELL US A BIT ABOUT YOUR EARLY DAYS AND HOW THEY DIFFER FROM NOW?
I started as a teenager performing in bands in Montreal and then New York with a dream of having a hit record.

But I took a few years off to start a family. Ultimately I felt I was ready to go back to music.

Balancing a family and a career is very challenging but extremely rewarding so I wouldn’t have done it any other way.

WHAT WAS THE LAST GIG YOU PLAYED, WHAT DID YOU THINK OF IT?

Club DV8 in Birmingham. A couple of my tracks from my rocked-out Motown album: “Upside Down” have been remixed by fabulous DJ’s and as a result have been smashing up the dance floors so now I am performing in clubs and it’s such fun!

TELL US A BIT ABOUT YOUR LINK WITH THE CHARITY MUSIC FOR YOUTH AND HOW / WHY DID YOU GET INVOLVED?
They are celebrating their 40th year and are the largest youth festival organisation in the UK.

I wanted the profits of my first album to benefit MFY which gives kids and teens the opportunity to develop and demonstrate their musical talent.

In fact, I brought some kids from various locations in the UK to a famous London recording studio and about 30 kids from all over play strings, bass, guitar and sing on various tracks on the album.

Plus, a whole bunch of kids from MFY performed with me live at the Tabernacle in London at the album launch.

WHATS THE MOST SUCCESSFUL THING YOU HAVE DONE TO DATE?
Raising four gorgeous kids, a fabulous 17 year marriage and reigniting my music career — and of course, breaking the top 10 on the charts!

WHO HAS HELPED YOU MOST GET TO WHERE YOU ARE TODAY?
My husband, my parents and my producers!

IS IT HARD BEING A NEW ARTIST IN TODAYS INDUSTRY?

Funny, I don’t feel so new! I think to become successful in any industry you have to work super-hard.

With every career success story you hear about how it takes a lot of luck and a lot of “elbow grease” and also learning from experiences that may have not been so successful along the way.

HOW IMPORTANT IS THE INTERNET AND SOCIAL NETWORK SITES TO THE SUCCESS OF YOUR MUSIC?
Very! Upside down TV on youtube is a journal of my experience as a singer, working with MFY, shooting videos and live performances.

Plus I have a big subscriber base to my website, www.staceyjackson.com.

We also have some big plans for the future of the website which will include a new look and some fresh ways of interacting with the fans.

WHO WOULD YOU MOST LIKE TO COLLABORATE WITH IN THE INDUSTRY?
I’d love to get a female rapper on my next track so probably someone like Miss Dynamite, Lil Kim or Missy Elliot
www.staceyjackson.com
©FAMEmagazine.co.uk