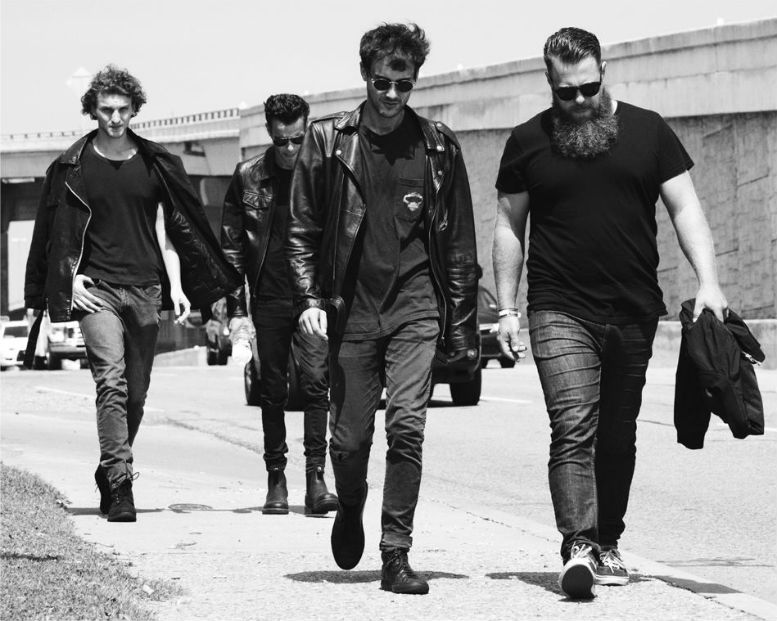 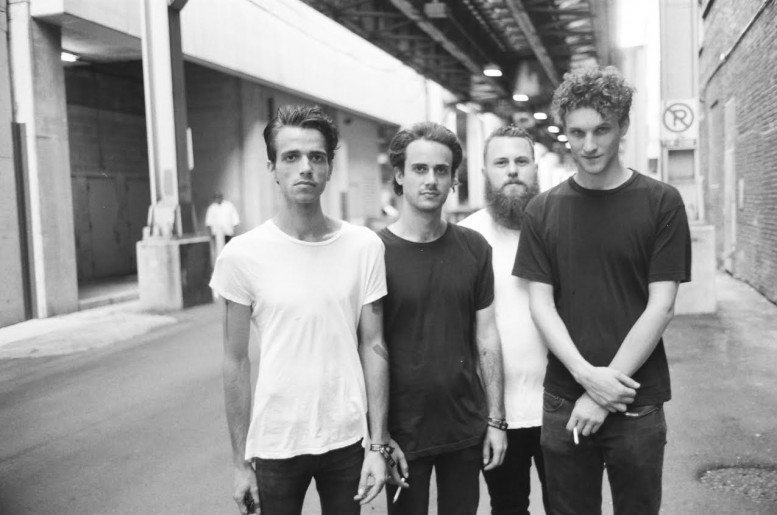 Speaking of the video, Marcus Gordon says: “We had a night off and it was snowing in a really terrific way. Oscar Zabala (director) had lived around the Williamsburg area for six years, his genius with a camera, location wisdom and the snow allowed us to swiftly and spontaneously capture the video”.

Charismatic and smart, vocalist Marcus Gordon, shares with FM his thoughts, on stimulation new single ‘Big Head’, on recording the album at the Mike Mogis’ ARC Studios in Nebraska, reading Hermann Brochh’s ‘The Death of Virgil’ and how Jimi Hendrix helped him through a tornado…

Hello Marcus…How are you today?

Just over the edge of nothing, wiping my feet on happiness I think.

I’ve never really fit the masculine shoe and in romance it’s always seemed to be women who contain that mythologised swagger, toughness, physical practicality…whatever bullshit the media say’s a man thing. The whole rationing of qualities to genders is basically delusional and I was interested in lifting the delusion in a non political way, so we made a silly rock song out of it. It’s no grand statement…this girl’s inaccessible, she’s tough, she’s rock and roll and she’s made this guy a swooning wreck over it and he’s loving his defeat.

Can you talk about the making of your new album ‘Beauty Already Beautiful’. How was it to work with Mike Mogis at his ARC Studios in Omaha, Nebraska?

It was stinking hot and everyone went real deranged, like kids who’ve been in the car for too long. The gear and room were incredible, Tony Buchen came with us to produce the album and did something really special with the space. Mike was in and out like a kind of gatekeeper, he was gracious enough to play pedal on a couple of songs.

Why did you call the album ‘Beauty Already Beautiful’?

The songs were written and seemed to carry a theme.. is art vanity, is art to pretend to be god, Is art a laboritisation of love, only pretending to contain love’s essence? I was getting very cynical about humanity being capable of any kind of purity. I’d been reading Hermann Brochh’s ‘The Death of Virgil’, an imagined account of the Roman poets final 24 hours, I recognised a lot of what I’d been feeling in the work. Virgil’s drifting in and out of life and in one meditation he decides that poetry is the ultimate fallacy, or ‘sham-existence’ as he calls it.

Basically, endeavouring to solely elicit beauty with words is to abandon humanity itself and systematically deify yourself in the eye’s of your fellow man— at the end of the day the brook where Ophelia drowned, the flowers in her garland.. nature, impermanence.. these things don’t require Shakespeare’s description to be beautiful, these things existed and were beautiful long before his time. This album’s a death album, death of confidence, death of dream, death of ego, death of knowing anything—it’s me serving my music divorce papers, because I think it’s ugly and I think it should leave beauty alone.

Can you reveal 5 things we should really know about Spookyland?

We don’t have famous parents or friends.. anything like that. No shocking tales, good or bad, no more than anyone else. If there’s anything to know it’s gotta be within the music, outside of it there’s nothing enchanting, outside of it I’m basically dumb. 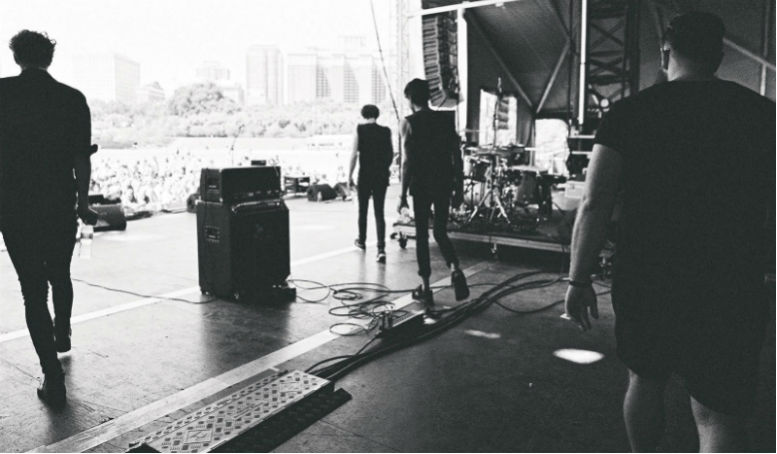 What has been the hardest part of being in the music industry for a band like Spookyland?

I think that we’re eccentric, but our sound is not on trend. We’re not straightforward enough for a big audience and we’re not cool enough to thrive in the underground. Our song’s require a few listens before you can get a grip—we’re not clueless to how we come across, we’re very aware how cringey it all is on the surface, but ultimately no amount of clever instagramming can compel the people to give a deeper listen, it really is in the hand’s of chance.

Following your spell playing SXSW and dates with Jake Bugg. Would you rather play in small venues or larger venues? Why?

Ultimately a small room if it pulls a decent enough sound. It seems wrong when everything’s far away, the crowd, the band. My voice sounds absurd blasting out a big fancy room, It felt sacrilegious sound checking in the Sydney Opera House.

I like to see the drunk blue collar types who enjoy the music with their body.

All kinds, it’s nice because you get to listen to a lot, especially on planes, so you’re less picky. I seem to always listen to Joni Mitchell overseas. Jimi Hendrix helped me through a tornado we flew through on our last flight.

We’re about to tour Australia behind gang of youth’s, after that album’s out, some launch show’s here and off to UK I think. We’ve written the next album, hopefully it won’t take a decade to come out.

The band will be touring throughout April supporting Gang Of Youths before hosting their own pair of headline album launch shows on Wednesday 11th May at Newtown Social Club in Sydney and Melbourne’s Shebeen Bandroom Thursday May 12th.