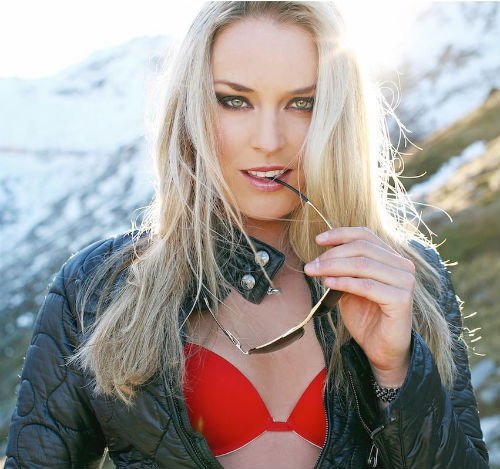 Check out this curious Skype call showing swiss tennis star Roger Federer inviting, beautiful US skier and Tiger Woods’ girlfriend, Lindsey Vonn, to a rather sweet challenge… The video, shot two days after the epic Wimbledon final with Djokovic, which Federer narrowly lost, features first, the two star players showing the scene from their living room (Zurich and Miami)…Then to a surprised Lindsey, Roger shows a very basic picture of the summit of a mountain with the two superstars on it… And he invites her to a challenge called #ChocolateHeaven.

Afterwards Lindsey posted on her Facebook page: “This is going to be fun! Roger challenged me to a competition on a mountain in #ChocolateHeaven…should be interesting but I love a competition! Bring it Roger Federer!” And Roger said: “Looking forward to this fun challenge with Lindsey Vonn, it should be amazing”. 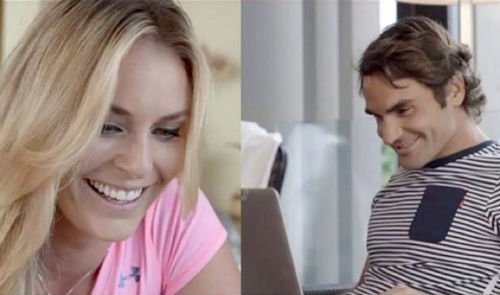 The invitation has its own history, which started on Twitter in October 2013, when Roger asked for an athlete to compete against him in any other sport. Lindsey answered that she’ll ski with him if he plays tennis with her…After Lindsey tore her ACL, Roger sent her flowers. Lindsey is attending Roger’s matches… 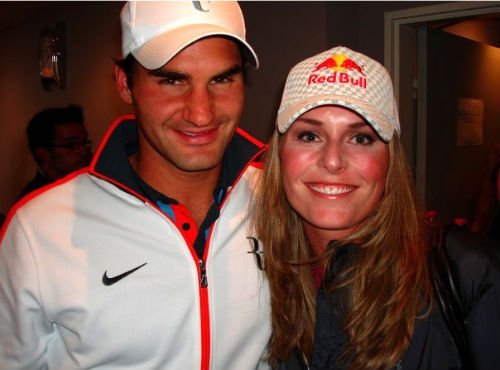 The Olympic skier’s most recent injury kept her from competing in the 2014 Winter Olympics in Sochi, Russia. She is been dating in early 2013 golf superstar Tiger Woods, making them are one of the hottest couples in sports right now. 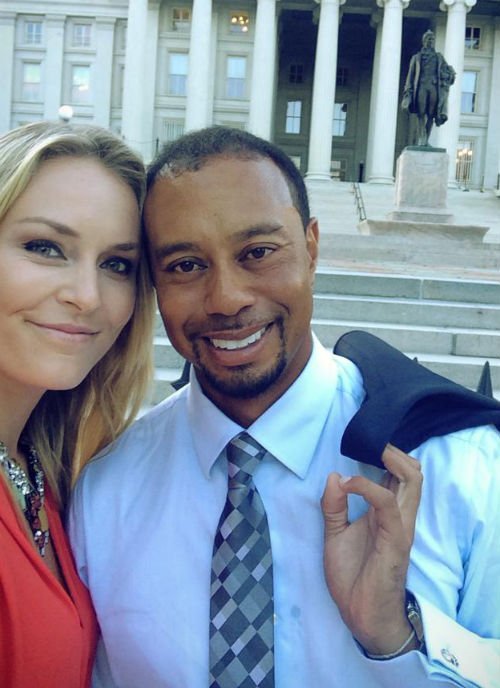 On Tiger’s support Lindsey reveald: “He’s helped me stay patient through rehab. Golf is all about patience — one tournament is four days long, 18 holes a day. He helped me take it one day at a time. We’re good for each other”. And she reveals: “I don’t know what he’s learned from me, to be honest. But we push each other and help each other when we’re down….”