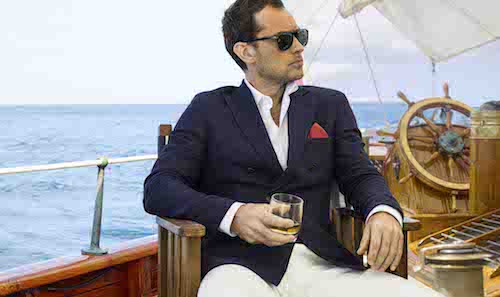 Two super-rich men (interpreted by Oscar nominee British actor Jude Law and Italian actor Giancarlo Giannini) on a handcrafted luxurious 1928 rare Italian boat in the British Virgin Islands, as they look out across the stunning ocean seascape. We hear Law’s character state that he wants to buy the boat, but it is not for sale and the only way he can get it, is by putting on a truly unique performance. The wager begins…

The short film directed by Jake Scott, for JOHNNIE WALKER BLUE LABEL, tells the story of a wager between two men striving for personal progress through the quest for a truly rare experience. ‘The Gentleman’s Wager’ sees Law in the role of a man who, despite having it all, challenges himself to strive for something he wants that money can’t buy. The film is about improvement and progress in people’s work and everyday life. 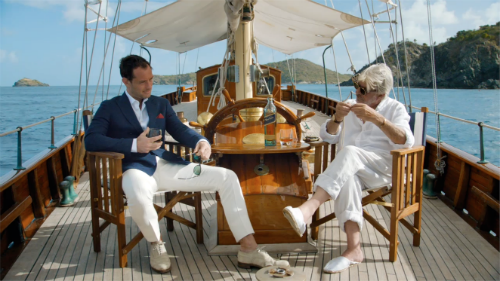 On the key to success, The 41-year-old actor revealed recently, to the the New York Daily News, that it’s all about stimulation…“Some actors love playing leading male roles or the romantic lead. I’ve never felt stimulated by roles like that”. 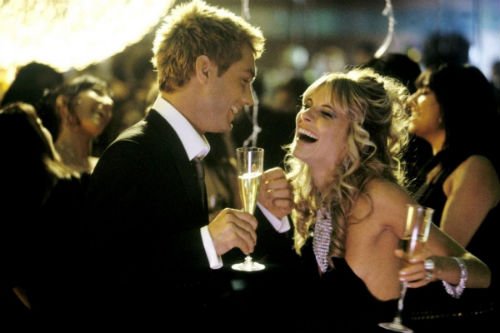 Jude got involved in so many projects, that he was compelled to rethink his direction and coming to the conclution that the only way forward is to continually challenge himself. “There was definitely a period after Alfie, in 2004, where I wasn’t getting anything that interested me,” Jude explained.

He added: “If you want a long career and not just a short stint, you’ve got to figure out how to change it up…Hollywood is a business. There’s nothing wrong with it. Look at Miley Cyrus: she’s causing a scandal, but she’s also making a lot of money.”