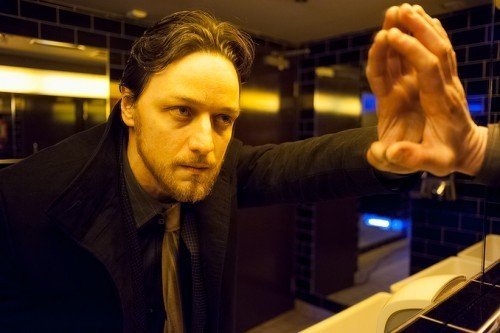 FILTH (released by Lionsgate Home Entertainment on Monday 10th February), adapted from Irvine Welsh’s novel of the same name and directed by Jon S. Baird, tells the story of corrupt policeman Bruce Robertson (McAvoy), who is in line for a promotion and will stop at nothing to get what he wants… 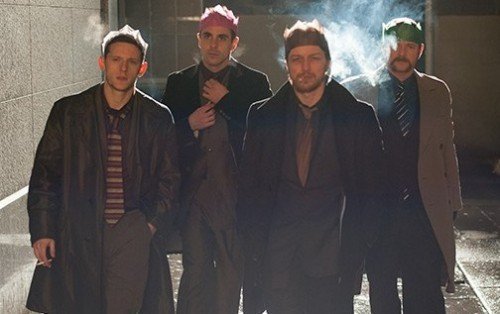 5 reasons why you want to watch Filth:

2. FILTH, is a well written and directed film adaptation of the novel by Irvine Welsh of the same name. 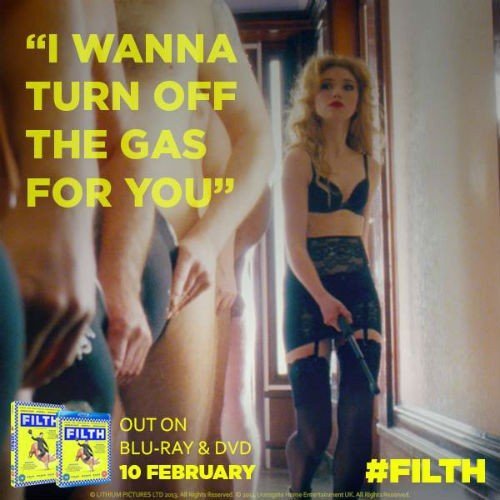 3. Irvine Welsh loves Baird’s adaptation of his book “Filth”: “You must love the work and the spirit of it. Of course you are very ruthless when you tear it up to make it work cinematically, but you’ve got to love the spirit of it.”

4. You will keep asking yourself…”can he keep his grip on reality long enough to disentangle himself from the filth?”

5. In the Blu-ray, DVD there are lots of interesting extras..

Extended Scenes
1) Madam Maisie’s: “Ever tried a deep fried pizza?”
2) Supermarket: “C’est la vie Bruce”
3) Christmas at the station: “Edith’s already spent the money!”
4) On the plane: “Would you mind not talking so much Filth!”
5) Ocky’s flat: “Do you think I’m sick in the head?”
6) Dr Rossi’s: “Tapeworms are sequential hermaphrodites”
7) The Tramp: “Call up room service, let them take the burden”

FILTH is out on Blu-ray, DVD and Digital Download on Monday February 10th