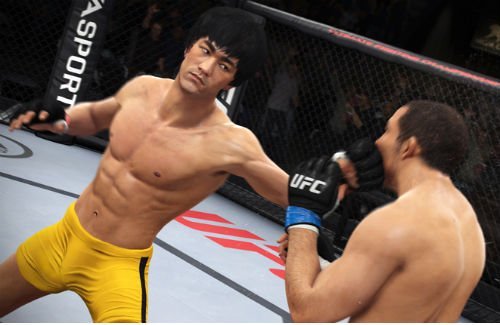 EA Sports UFC announces Bruce Lee to their roster of in-game fighters. Now finishing EA Sports UFC’s career mode on pro difficulty or higher will unlock the martial arts legend for play in the Flyweight, Bantamweight, Featherweight and Lightweight divisions…”Water can flow, or it can crash. Be water my friend. Be Bruce Lee.”

Check out the video for EA Sport’s third installment of ‘UFC’, (released on the 20th June for the Xbox One and the PS4).

The fastest rising sport in the world, the UFC’s decision on including Bruce Lee, the most iconic martial hero of all time, conveys emotion and strength inside the Octagon, a surreal and truly sensational experience. 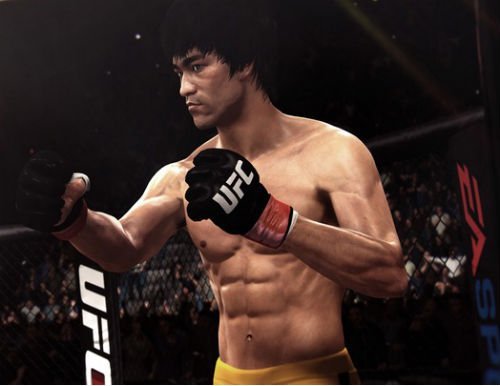 EA Sports UFC have done a pretty remarkable job with this game. This does not just look like Bruce Lee. It is Bruce Lee. The way he carries himself, his fighting stance, his rippling physique, devastating speed, signature strikes and accompanying yells, whoops and shrieks.

20th century pop culture icon Bruce Lee, was an American-born Chinese Hong Kong martial artist, philosopher, instructor, martial arts actor and the founder of the Jeet Kune Do combat form. Is universally considered as the father of mixed martial arts and one of the most influential martial artists of all time. He is renowned for his roles in five cult films: Lo Wei’s The Big Boss (1971) and Fist of Fury (1972); Way of the Dragon (1972), Enter the Dragon (1973) and The Game of Death (1973).