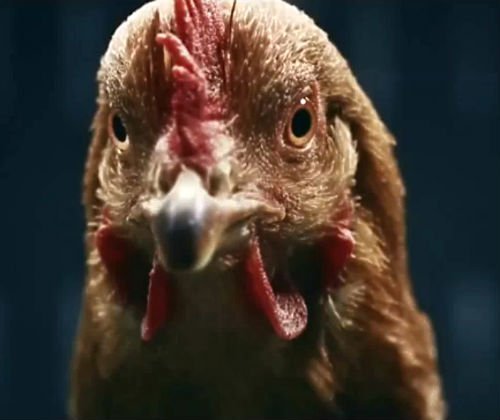 What do chickens and Benz have in common?

Well…Watch this amazing video by Mercedes-Ben, demonstrating the Magic Body Control suspension system, using a bunch of funky chickens keeping their heads still, while their body is moved around to Diana Ross’ disco banger “Upside Down”….Genius!

The chickens’ bodies sway, but their feathered faces stay incredibly still, staring straight into the camera, thanks to a behavior known as the vestibulo-ocular reflex, which allows chickens to isolate the movement of their eyes from the movement of their bodies, stabilizing their vision, basically chickens are like nature’s steady-cams. 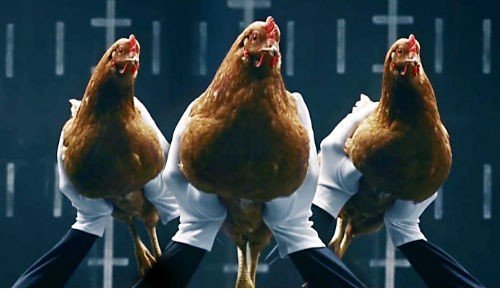 Mercedes, Magic Ride Control keeps the driver and vehicle chassis stable while the wheels follow the bumps and contours of the road. The 2014 Mercedes-Benz S-Class will have as standard the new comfort technology.

Using sensors, magnetic dampers, and a pair of cameras located at the top of the windshield that scan the road for imperfections, the system is able to adjust the suspension hundreds of times per second to soak up bumps and potholes. The Magic Ride Control system basically analyzes the road and prepares the suspension accordingly.

The main idea behind this advanced suspension technology is to recognize the vehicle’s load and adjust its level accordingly. It can increase the ground clearance by as much as 40mm, while the stereo camera installed at the same level of the interior rearview mirror can analyze the road surface ahead and send data to the control unit to make the necessary suspension adjustments.

And..because Mercedes-Benz does not just ensure the safety of their customers: the chickens were managed by expert animal trainers and were not harmed in the process.